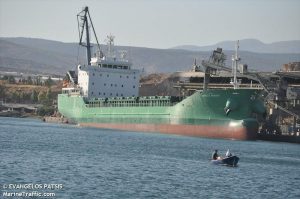 PARAMEDICS have taken 18 people to hospital on Wednesday after a deadly toxic gas leak from the cargo of a ship in Co Down.

Emergency services have imposed a 50m exclusion zone around the vessel in Warrenpoint harbour, Co Down as an investigation is launched.

The PSNI said: “This is a highly toxic gas that can cause severe illness. For Health & Safety everyone should respect all cordon points put in place.”

It is believed aluminium phosphyde gas leaked out after the cargo of the Irish-registered MV Arklow Meadow ship became wet resulting in it becoming unstable.

Eighteen people are suffering the effects of exposure to the gas.

A Northern Ireland Ambulance Service spokesman said: “We have 18 patients.

“It is a chemical incident on a ship. Nine are en route to Daisy Hill Hospital and another nine are at Craigavon Area Hospital.”

Aluminium phosphyde is a pesticide used to kill small mammals such as moles and rodents.

People in the nearby area have been advised to keep their windows and doors closed. 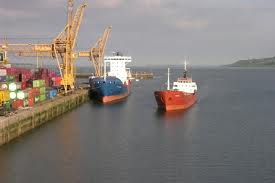 Police said Garda have been informed of the potential of the gas to drift into their area.

Fifteen ambulances are attending the incident – including three hazardous area response teams – which was reported at 9.47am.

“The incident is confined to the harbour at this moment in time,” he said.

The NI Fire and Rescue Service said it has eight appliances, three specialist appliances and a Command Support Unit at the scene.

It said crews are currently helping the Public Health Agency indentify and treat casualties of the chemical leak.

A statement continued: “The PHA has advised that all risk of adverse health effects associated with this incident applies only to those who have come into direct contact with the gas. The emergency services are currently identifying and treating all such individuals.

“The PHA would emphasise that there is no risk to the wider public, but asks that people in the general area cooperate with the authorities to ensure that this incident is handled safely and effectively. The PHA continues to work with colleagues in the emergency services and Southern Health and Social Care Trust on this incident.”

A freephone number for relatives and friends to ask about patients of the incident has been set up on 0800 1114 021.