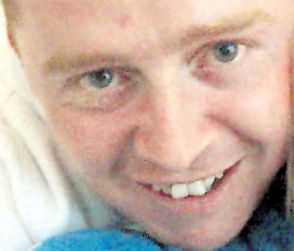 A MAN could be jailed for 25 years without parole after he was found guilty on Tuesday of murdering toddler Millie Martin.

Barry McCarney was also found guilty of sexual assault and the grievous bodily harm of Millie Martin, the daughter of his former partner.

Millie’s mother, Rachael, was cleared of allowing her daughter’s death and cruelty through wilful neglect.

He was automatically jailed for life but a tariff hearing will be heard in the New Year.

Under sentencing guidelines, the trial judge could hand to a sentence of between 20-25 years as the victim of the murder was a young child.

Little Millie Martin, who was only 15-months-old, died on December 11, 2009, a day after she was admitted to hospital in Enniskillen with serious injuries. 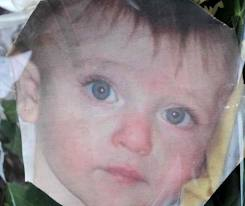 Her death followed weeks of abuse that culminated in a fatal attack inside her mother’s house in Glebe Park, Enniskillen.

The jury’s guilty verdicat on Tuesday came at the end of a trial that lasted 36 days.

The prosecution case was entirely circumstantial against McCarney, from Woodview Crescent, Trillick, and as there was no forensic evidence to prove who had killed Millie.

During the ten week trial, which started on October 3, the court heard that in addition to the fatal blow to the back of her head, Baby Millie had suffered a multitude of other injuries, including horrific internal injuries which could have proved just as fatal.

These injuries to her abdomen had been caused by punching or prodding not only in the weeks, but possibly even in the hours before her death.

The 33-year-old had always protested his innocence. He said he was sickened and saddened by Millie’s death.

But on Tuesday, a jury rejected his story and ruled he was responsible for what was described as the sadistic abuse of a child by a predator who tried to camouflage his tracks.

It took the jury just under three hours to reach their unanimous verdicts which were greeted with muted cheers and air-punches by family and friends of Ms Martin in the packed public gallery.

After the verdict was delivered in Dungannon Crown Court, Millie’s mother, Rachael, sobbed uncontrollably in the dock and cried “thank you, thank you, justice has been done for my daughter”.

Ms Martin of Main Street, Kesh, maintained throughout the trial she had done everything to protect her ‘angel’. She was cleared of allowing McCarney to kill her daughter and of wilfully neglecting her during the three months she and McCarney were lovers.

“This jury has understood and you for your part should understand, you are going to prison for a very long time. This is the point when you leave. I impose a life sentence.”

Relatives of McCarney shouted “innocent” as they left the courthouse.

Outside the court, a statement was read out by Michael Martin, a brother of Rachael.

He said Rachael Martin would “now be able to grieve properly” as a result of the verdict.

The family said this had not bee possible before due to the “shocking, shocking decision” of the police to bring charges against her.

The statement added that Millie’s mother did not consider the verdict a “victory” but marked the end of a “three-year waking nightmare”.

It said the verdict gave justice for Ms Martin and her daughter and that Millie would be “missed, loved and remembered”.

The family referred to McCarney as a “disgusting individual”.