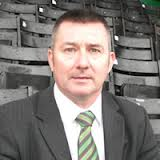 ON-STRIKE Glentoran players are back in the starting blocks on Saturday despite refusing to train this week.

They gave their Thursday night’s practice session the red card because they haven’t been paid in eight weeks.

And it is giving Cock and Hens manager Eddie Patterson a few headaches as his team face high flying Ballinmallard Utd at the Oval in the Danske Bank Irish Premier League.

Said Patterson: “It will be a case of having a head count to see who is fit and available.”

“It’s far from being an ideal preparation for a game,” said the former Cliftonville boss.

Mallards have been boosted by the news that Jason McCartney has had a six-game ban for an alleged head-butt overturned on appeal.

Table toppers Cliftonville face a testing trip to Shamrock Park to take on Portadown as they seek to defend their seven-point lead ahead of the chasing pack.

The Reds have a slight doubt over George McMullan, who came off injured in the 4-0 win over Lisburn Distillery.

“We believe we have a squad comparable with the likes of Linfield and we have a fair bit of experience in our ranks,” said Reds’ midfielder Barry Johnston.

“If we can keep clean sheets we know we can score goals,” added Liam Boyce.

Ports defender Ross Redman says his side must try to prevent the league leaders from “playing football”.

“We have let a lot of people down with our performances so far this season but there is a long way to go and we can make amends,” stated the full-back.

Commentary for the match is live on Radio Ulster with Joel Taggart in the hot seat and former Ports player Vinny Arkins giving expert analysis on the game.

Second-placed Crusaders are without suspended pair Declan Caddell and Paul Heatley for the visit of Dungannon Swifts to Seaview.

Crues boss Stephen Baxter has Davy McMaster back in his squad after injury, while Paul Leeman and teenage right winger Kyle Dillon are added to the panel.

The Swifts must plan without suspended midfielder Sean Friars.

Striker Mark McAllister is banned for Linfield’s game against Lisburn Distillery, who have Ryan McCann back after serving a one-match suspension.

Ballymena United will hope to build on their victory in the County Antrim Shield final as they play struggling Donegal Celtic at Suffolk Road.

The Sky Blues are unbeaten in their last six visits to the west Belfast venue, a record stretching back to April 2007.

Alan Teggart returns to the United panel after a groin injury and influential midfielder Allan Jenkins is set to start after coming on as a substitute in the Shield decider against Linfield.

“It is nice to win a trophy, but now we must concentrate on getting points on the board to secure a top-six finish in the league,” emphasised Ballymena manager Glenn Ferguson.

Coleraine manager Oran Kearney is still without central defender David Ogilby, and Ciaran Clarke has been added to the injury list with an ankle complaint.

“We want to build on last week’s win over Glentoran, which brought to an end a run of four successive draws,” highlighted Kearney.