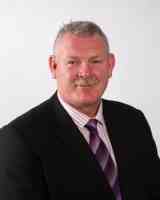 FORMER IRELAND  international rugby player and TUV councillor David Tweed has been found guilty of a total of 13 child sex abuse charges by a jury at Antrim Crown Court.

The jury first came back and said it had found him guilty of nine indecent assault charges and one charge of gross indecency.

The jury of 10 women and two men then retired again to continue deliberating a further three charges.

Just after 2.30pm on Wednesday, the jury returned to say it had found him guilty on the three further charges.

Tweed was then remanded in custody by Judge Alistair Devlin and he will now be sentenced in the New Year.

He told Tweed: “These were vile and wicked crimes. These offences were both disturbing and distasteful.”

Burly Tweed was then escorted to the cells and will be taken to the remand unit at Magherberry prison where he will spend Christmas and the New Year before sentence is passed.

Yesterday, the jury of ten women and two men cleared former Irish rugby international David Tweed of one charge of indecent assault – but the jurors were sent home until Wednesday when they continued to deliberate 13 further child sex abuse charges.

Tweed, who played for Ireland and Ulster, was accused of abusing two young girls who are now adults over an eight-year period.

Jurors began their deliberations at 10am on Tuesday but at 3.20pm yesterday the 10 women and two men said they could not reach unanimous verdicts.

Judge Alistair Devlin then said he would accept majority verdicts so at 4pm the jurors returned to court number two. 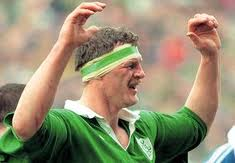 One of Tweed’s alleged victims wept in the courtroom while the 53-year-old accused, of Clonavon Terrace in Ballymena, stood impassively in the dock.

The jury foreman said they were unable to reach majority verdicts on 13 of the counts but found David Tweed not guilty of one of the indecent assault charges.

He has now been remanded on continuing bail and the jury will return on Wednesday morning to consider the remaining charges.

David Alexander Tweed was capped five times for Ireland and played in the 1995 Rugby World Cup in South Africa.

Tweed’s defence barrister said he had been the victim of a spiteful conspiracy and claimed the girls’ memories had become distorted with the passage of time.

Meanwhile the prosecution accused Tweed of using his sporting achievements and position in society to live a lie, adding the claimants had no reason to make up the allegations.

Judge Devlin told the jurors they must put aside any prejudice they may have towards those accused of sex abuse as well as any sympathy for people who claim to be victims.

He added: “You must approach the issue of a true verdict with an open mind.”