A man arrested on Tuesday in a murder bid probe after a woman fell from the fourth floor of a building in west Belfast has been released. 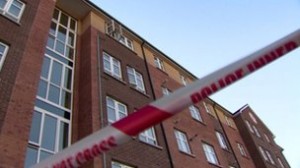 The PSNI said the 26-year-old had been released on police bail pending further enquiries.

A 32-year-old woman fell from a window of Spring Meadow flats complex, off the Springfield Road, at about 4.50am on Tuesday.

She was taken to hospital for treatment for serious chest and leg injuries.