BORN IN THE USA ROCKER BRUCE SPRINGSTEEN TO PLAY BELFAST 2013 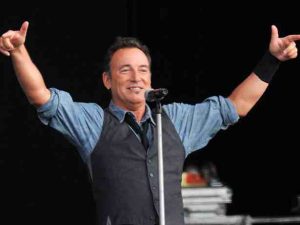 The Boss is back in Belfast next summer

THE boss is back – and he’s coming to Belfast.

Bruce Springsteen will play the King’s Hall on July 20 during a three-tour date in Ireland.

It’s five years since Springsteen in Belfast – with the Seeger Sessions Band in 2006 and the E Street Band in December 2007, both at the Odyssey Arena.