MOD POLICE PROBE ‘MUNITIONS INCIDENT’ AT CO DOWN ARMY BASE 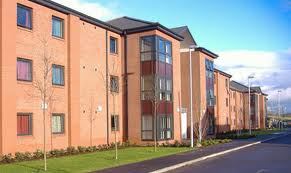 THE Ministry of Defence has launched an investigation after one person was injured after an explosion at an Army barracks in Co Down.

The incident happened at the Ballykinler camp at Abercorn Barracks where the 2 Rifles battle group is based.

It is understood the injuries are not life-threatening and were sustained in what appears to be an accident.

And it is in no way linked to any dissident grouping.

A Ministry of Defence spokesman said: “I can confirm that there has been a munitions accident at Ballykinler and one member of staff has been injured.”

“Investigations are ongoing and it would be wrong to comment further at this stage.”

The injured person has been taken to hospital for treatment.

Soldiers from the unit based at Ballykinler recently returned from a tour of Afghanistan.