HOW TO LOSE WEIGHT BEFORE THE CHRISTMAS PARTIES START 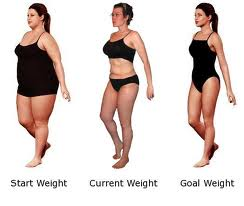 Fad dieting has side effects on health

IT is just a few weeks to Christmas and the office parties will soon be well and truly under way.

And all across Northern Ireland men and women will be trying to squeeze into party clothes that seem to have shrunk since last year.

But researchers say the worst thing you can do is go on crash diets because of its long term effects on the body.

And it is not just that. There is also the pain and suffering which is associated with dieting fast.

The research has also shown that fad diets can also make people miserable.

They are constantly obsessing over food or being irritable and cranky because they’re cutting carbs or counting calories all the time.

That’s because dieting down or going on a low carb crash diet can have such a detrimental effect on them both physically and mentally.

And the research also shows that people rarely want to constantly obsess over food and always be cranky in a bad mood because they’re dieting down or counting calories all the time.

The results of fad dieting, yo-yo dieting can be that it quickens the aging process – FAST. Click the link below to find out more.