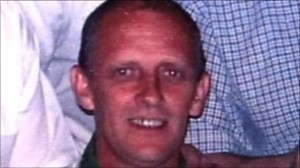 PSNI officers in a west Belfast police station didn’t see a man being beaten to death just ten metres away, according to a report.

But the investigation by the Police Ombudsman gives no logical reason as to why officers on duty were not monitoring cameras in a sangar given the threat from dissident republicans in the area.

The station has been attacked over the years. Once two Continuity IRA gunmen raked the fence with automatic gunfire.

The victim, Seamus Fox, was assaulted as he walked home in April 2010 on waste ground close to the station’s perimeter fence.

His angry family are now considering their legal options and believe there was a derelection of duty on behalf of the PSNI.

The Police Ombudsman launched a probe as he was killed just metres from Woodbourne PSNI station.

Dr Michael Maguire found that although footage of the killing was relayed onto monitors in a security sangar, no officer saw it at the time.

Mr Fox’s family told Police Ombudsman investigators they were concerned the attack had been seen from inside the police station and officers failed to respond.

They also said that had police responded to reports of a fire where Connors had been, there was a strong likelihood the subsequent attack on Mr Fox would never have happened.

During their investigation, Police Ombudsman staff spoke to those on duty that night in the station, to members of the public who had reported finding Mr Fox and to those who reported the fire to police.

Police Ombudsman Dr Michael Maguire has concluded that no police officer saw or was aware of the attack – which lasted for 26 seconds – taking place.

“There were two security cameras relaying pictures of the attack on Mr Fox as it happened onto two of more than a dozen screens in a security sangar. No-one had the sole task of monitoring those screens.

“We have established that given the position of the dozen plus monitors in the security sangar and the poor picture quality, it would not have been clear what was happening outside.

“We have also established that there was no one on duty in the sangar which overlooked the scene of the attack. It was normal practice in 2010 for that sangar not to be staffed,” he said.

The ombudsman established that an ‘out of bounds’ order – an order whereby police restrict the movement of their officers in a given area – was in place that night near the fire and this was one of the factors which influenced the police decision not to attend the scene.

However, Dr Maguire said that even if police had gone to the fire, this may have reduced, but would not have eliminated the opportunity for Connors to attack Mr Fox.

“Had police attended the scene and arrested Gerard Connors or engaged with him for sufficient time to allow Mr Fox to reach home safely, events may have unfolded differently,” he said.

“Alternatively, however, on the approach of the police, Connors may have fled the scene, in which case he may still have encountered Mr Fox. These and other possibilities remain imponderable.”

He concluded that the responsibility for Mr Fox’s death rested with Gerard Connors.

“There is no evidence any police officer on duty that morning should share this responsibility,” he said.

In a statement, the family of Seamus Fox said they were contemplating further action.

“Our father was out that evening supporting his local dart team and had as much right as anyone to be able to walk home safely without fear for his life,” they said.

“It is unbelievable that his murder unfolded immediately outside a police station where it was apparently unnoticed.”