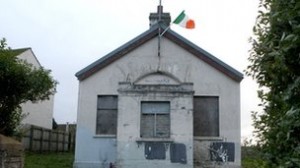 Tricolour on roof of Orange Hall

THE Orange Order has hit out at those who raised a Tricolour flag onto the roof of one of its halls.

The Order said it was nothing more than a “cheap sectarian stunt”.

The flag was attached to a pole at Ramoan Orange Hall in Ballycastle overnight on Monday but subsequently removed.

The Orange Order said the actions were in “stark contrast” to the excellent community relations in the town.

Condemning the incident, a spokesman said the “cowardly perpetrators” had carried out the act “under the cover of darkness”.