REVEALED: DEATH CHARGE AUSSIE TAXI DRIVER SPED OFF AS NI MAN GOT OUT OF CAB IN A ROW OVER FARE 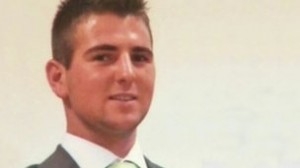 A taxi driver is to face a court next month in Australia over the death of a Northern Ireland man earlier today when he fell from a moving cab.

Ryan Doyle, from Leitrim, outside Castlewellan, was killed following an incident on a road in Perth.

According to local media, he died after falling from a vehicle in the early hours of Monday morning in the Belmont area.

After interviewing the 26-year-old Kenwick taxi driver, police this afternoon charged him with dangerous driving occasioning death, failing to stop and render assistance and failing to report.

It is believed the taxi driver had picked up the man and another man at Crown Casino, Burswood, and taken them the short journey to Belmont. 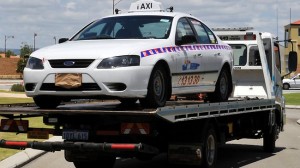 Police will allege there was a dispute between the victim and the driver over the fare.

The taxi driver will appear in Perth Magistrates Court on December 18 and if convicted faces a maximum penalty of 10 years imprisonment.

The Department of Foreign Affairs in Dublin are providing consular assistance to Mr Doyle’s family.

A memorial service will be held in the village for him on Tuesday evening.

It is expected to be a week before he will be repatriated to Northern Ireland.


One Response to REVEALED: DEATH CHARGE AUSSIE TAXI DRIVER SPED OFF AS NI MAN GOT OUT OF CAB IN A ROW OVER FARE