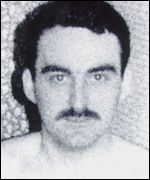 EXCLUSIVE: A UDA hitman suspected of being involved in the murder of Gerard Slane almost 25 years has taken details of the sectarian killing to his grave.

Belfast Daily can reveal that Geordie King died on Wednesday after a battle against the ravages of cancer.

King, in his late 40s, was a life long member of the UDA’s Woodvale ‘B’ Company, and was regarded in loyalist circles as an ‘operator’ – coded language for a hitman.

Security sources said King was one of a number of Woodvale UDA men suspected of being involved in the murder of the father-of-three in 1988 in a case of mistaken identity.

King, a father-of-two will be cremated yesterday at Roselawn following a 9am service at his former home in the West Circular Road area of west Belfast.

He served a prison sentence on the UDA wings in the Maze prison for a robbery.

Said a loyalist source: “Geordie was a well known operator for ‘B’ Company. He knew a lot about their operations over the years.”

King’s death is a blow to campaigners who are trying to get to the truth of Gerard Slane’s murder after almost a quarter of a century.

On Thursday, his inquest was one of 14 which were adjourned by Northern Ireland’s senior coroner John Leckey as they involved “national security issues”.

A fresh inquest was ordered by Attorney General John Larkin in 2010.

However, Mr Leckey said he believed Mr Larkin may have exceeded his powers in ordering 14 fresh inquests and referred the matter to Secretary of State Theresa Villiers as national security still rested with her office.

Widow Teresa Slane said the coroner’s decision was “a political move to prevent the truth about the British government’s role in the murder”.

Mr Slane, 27, was shot dead by the UDA ‘B’ Company assassins at his home at Waterville Street, west Belfast, on September 23, 1988. 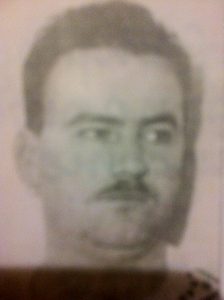 Belfast Daily can reveal the gunmen were acting on information provided by ‘B’ Company commnader Jim Spence, a highly placed informant codenamed ‘SENTINEL’ who was working for RUC Special Branch, the Army’s Force Research Unit and MI5.

Spence received the information from the UDA’s chief intelligence officer Brian Nelson, who was also working for the FRU.

Nelson, a former member of the Black Watch regiment, handed over an index card showing Mr Slane’s picture and details of where he lived.

The photograph had been taken by the RUC while in police custody.

However, the FRU ‘P’ index card wrongly accused Mr Slane of being a member of a republican paramilitary group.

Belfast Daily can also reveal that the murder weapons were supplied by the UFF’s notorious ‘C’ Company.

Said a loyalist source: “Jim Spence wanted to keep the heat away from his own door so he borrowed to guns from ‘C’ Company to make it look like they carried it out.

“He was a very cunning and manipulative person.”

Author Henry McDonald wrote in his book ‘UDA’: “The UDA mistakenly believed Gerard Slane was a member of the IPLO.

“Eight years later they made the same mistake when they shot dead his cousin John Slane.

“The man they were sent out to shoot was an INLA activist, not John Slane.”

Gerard Slane’s widow Teresa later said that an Army patrol had been in the street not long before the killers struck.

The UDA later boasted in its ‘Ulster’ magazine that it killed Gerard Slane and published his picture provided by FRU to Nelson.

His murder led to allegations of collusion between loyalist paramilitaries and the security forces.

Brian Nelson was later implicated in the shooting.

The man who recruited Nelson as a British Intelligence agent – Brigadier General Gordon Kerr of the Force Reconnaissance Unit – will be asked to give evidence at the inquiry.

Nelson later stood trial in connection with a number of murders, including that of Mr Slane.

In 1992, he agreed to plead guilty to five conspiracies to murder and at least four sectarian murder charges against him were dropped.

In a court case lasting less than a day, he was sentenced to 10 years. He was released after serving less than half his sentence, and spent the rest of his life under a false identity in Wales.

Lawyers acting for Mr Slane’s family, Kevin R Winters & Co, made submissions to the attorney general in a bid to have the case re-examined.

At his first inquest, a detective said there was nothing to suggest Mr Slane was involved in anyone’s murder. There was no reason why he should have been shot.

“It is now 23 years after Gerard’s murder and there is never a day or moment that we as a family stop thinking of him,” she said. 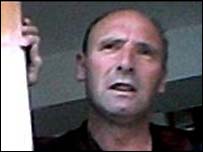 “As a family we have many questions about Gerard’s murder. Our pain and grief is no different to that of many other families also bereaved in the conflict – that Gerard’s murder has been clouded in secrecy and cover-up only adds to these emotions.

“It is important that after all this time there may now be a proper opportunity to fully examine Gerard’s murder and the roles played by all of those involved.

Solicitor Kevin Winters claimed there were “many disturbing features and unanswered questions” in the case.

“Since the initial inquest, and the trial of Brian Nelson, who was charged in connection with Gerard’s murder, there was no ventilation of key factors in the killing and subsequently much evidence has emerged which could not have been examined at the time,” he said.

Mark Thompson of Relatives for Justice, who have supported the family, stressed that they wanted the truth.

“Hopefully this inquest can establish the facts, provide the truth and allow the family to finally close this awful chapter,” he said.

Now with the death of Geordie King, it is unlikely the Slane family will get final closure on a murky murder carried out by the UDA on the orders of Army intelligence chiefs.