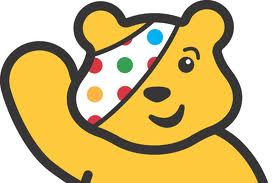 IT’S that time of the year again when thousands of people collect money for BBC Children in Need charity.

Viewers across Northern Ireland will hear stories from local children and young people who have been supported by the charity and will see the fun and unusual ways in which people have been raising money to make a difference this year.

Live from London there will be a host of famous faces, with performances from One Direction, Susan Boyle, as well as pop superstars Girls Aloud, who will reunite for an exclusive first TV performance of their eagerly awaited BBC Children in Need single, Something New.

Stars of Strictly Come Dancing Ann Widdecombe and Russell Grant will be donning their dancing shoes once more to give a memorable performance with their partners from the show, Anton Du Beke and Flavia Cacace.

There will be more dancing from Britain’s Got Talent 2012 winner Pudsey the Dog, who will join BBC Children in Need’s very own Pudsey Bear in an unforgettable performance.

John Daly and Sarah Travers will introduce a combined choir of young people from Grosvenor Grammar School, Lagan College and Lumen Christi College, joining over 2,000 others from throughout the rest of the UK taking part in a nationwide live rendition of “Bridge Over Troubled Water”.

There will also be a short film charting the formation and rehearsals for the BBC Children in Need choir in Northern Ireland. The programme will feature Brian Kennedy as he drops in on rehearsals to help the young people prepare for the big night.

A special television highlights programme from the big night will be shown on Saturday 17 November on BBC One Northern Ireland from 17:25 GMT and will include the best bits from the London show and also reflect the fund-raising activity around NI.

The hour-long programme, presented by John Daly and Sarah Travers, will feature a new performance from the BBC Northern Ireland Children in Need choir and rising Londonderry-born singer/songwriter Soak.

Throughout Children in Need today, BBC Radio Ulster will be joining in the fun, as Hugo Duncan’s week-long on-air auction draws to a close, running from 13:30 – 15:00 GMT, offering items on everything from Christmas trees to a chance for a tour of Hillsborough Castle and its extensive grounds in the company of Northern Ireland Secretary Theresa Villiers.

To bid for the chance to tour Hillsborough Castle and other auction items or simply to make a donation call: 08459 555 678.

Presenter Lynette Fay takes to the road meeting up with fundraisers across Northern Ireland. BBC Radio Ulster’s own roving reporter will be checking in live on programmes during the day with updates on how fundraising is going for this year’s appeal.

For more information on how to get involved with this year’s BBC Children in Need or to make a donation log on to: bbc.co.uk/pudsey and follow the links to the Northern Ireland site or call: 03457 33 22 33. Standard geographic charges for landlines and mobiles will apply.