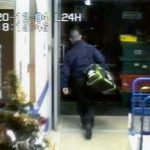 THE bank at the centre of Northern Ireland’s biggest ever unsolved robbery has changed its name.

As and from today, the Northern Bank is being called Danske Bank after its Danish parent.

The change is happening at branches across the world on Thursday – including those in Ireland, Norway, Finland, Latvia, Estonia and Lithuania.

In the Republic of Ireland, the old Northern Bank’s sister, National Irish Bank, has closed its 27 branches.

They will open next week in Letterkenny, Waterford, Athlone, Cork and Limerick. There will also be four in Dublin.

The Provisional IRA robbed the Northern Bank’s headquarters in Belfast a few days before Christmas 2004 and stole £26.5 million.

In Northern Ireland, new bank notes bearing the name “Danske” will be printed next year.

The re-branding will bring the image of the Northern Bank closer to the Copenhagen-based Danske bank.

All 63 branches in Northern Ireland will now trade as Danske, which some commentators believe is a more successful brand.

Head of Danske Bank UK and Ireland Gerry Mallon said: “We are truly excited about the future of Danske Bank in Northern Ireland as part of a successful, secure European banking group.

“We live in a new normal – in a world and society that is undergoing great changes.

“As a bank, we are responding to that new world normal with our ‘New Standards’ strategy. Today, coinciding with our rebrand to Danske Bank, we are also launching our new marketing campaign.”

Mr Mallon said there could be some sadness around saying goodbye to the Northern Bank name, which has been part of the fabric of life in Northern Ireland for more than 200 years.

“Supporting customers with expertise and local knowledge built up over the years will remain at the very heart of our business,” he said.

“Our change of name today gives us a unique opportunity to create an even better bank for our customers.”

The Northern Bank made a loss of nearly £66m for the first half of this year, while the overall Danske Bank group made a pre-tax profit. So far, the bank has not said how much the name change will cost.

The new sterling bank notes on which “Danske” will replace the word “Northern”, will be phased in next year. However, Northern Bank notes will remain valid.