IT’S A SNARL-UP….ROBBERIES RISE TO CHRISTMAS AS POST OFFICE VAN HIJACKED BY MEN WITH DOGS 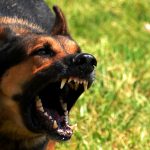 POLICE are bracing themselves for a hike in robberies, hold-ups and hijackings in the run up to Christmas.

Police will be mounting extra overt patrols along with covert surveillance of gang bosses to watch their next move and foil lucrative heists.

In recent weeks across Belfast, there has been a spate of hold-ups of shops, break-ins and shopkeepers targeted for the cash.

Some are linked to paramilitary groups while others are mounted by organised criminal gangs.

And Christmas is also a prime time for major criminals to mount ‘tiger kidnappings’ of employees who work for banks, building societies and large store chains.

Earlier today in a new departure for thieves, two men with dogs have hijacked a Post Office van in west Belfast.

The pair, who are believed to have had a German Shepherd and a Staffie type dog with them, attacked the vehicle in the Springfield Avenue area at around 11.10am on Wednesday.

After forcing the diver out of the van, one man drove off in it in the Falls Road direction while the other made off on foot towards the Springfield Road junction.

The driver suffered injuries to his legs and has been taken to hospital for treatment.

His injuries were not life threatening.

Police asked anyone who witnessed the incident, or who has any further information, to contact detectives at Grosvenor Road on 0845 600 8000.