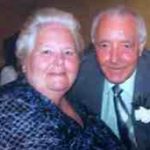 A WOMAN is to face a court charged with manslaughter over the death of Coleraine pensioner Bertie Acheson.

The 23-year-old was arrested on Monday by detectives from the PSNI Serious Crime Branch and questioned in Antrim, before being charged this evening.

She is due in the dock of Ballymena Magistrates Court on Thursday morning.

Mr Acheson, 72, suffered a heart attack and died after he confronted a robber at his Glenmore Gardens home in the early hours of Monday 30 April.