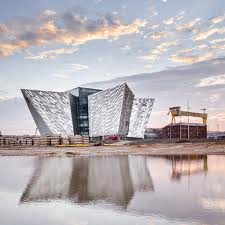 BELFAST has been ranked as one of Europe’s top 10 destinations as chosen by tourists themselves in the Tripadvisor Traveller’s Choice Destinations on the Rise category.

Belfast was one of the destinations with the greatest increase in positive feedback from travellers worldwide, reaching number eight on the list.

2012 has been great year for Northern Ireland, with the MTV awards and the Titanic centenary capturing headlines right across the world.

Images of a vibrant and welcoming tourism destination with world-class attractions and spectacular events have helped put Northern Ireland on the map.

With the UK City of Culture in Derry~Londonderry and World Police and Fire Games, the world’s third largest multi‐sport event planned for 2013  there is much more ahead for Northern Ireland.