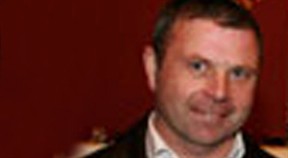 EXCLUSIVE: A ruthless IRA chief dubbed ‘The Surgeon’ is secretly co-operating with a Dublin tribunal probing Garda collusion into the murders of two senior RUC officers.

Belfast Daily understands that Sean Gerard Hughes has been privately talking with the Smithwick Tribunal who are trying to piece together events and intelligence leading up to the murders of Harry Breen and Bob Buchanan.

We understand that Hughes, who was a senior figure in the IRA’s south Armagh brigade at the time of the RUC officers slaying in March 1989, has been having secret talks with legal advisors to the tribunal. 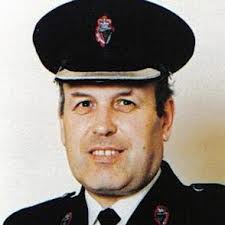 Chief Supt Harry Breen and Supt Bob Buchanan were returning from a meeting with senior gardai at Dundalk police station when their red Vauxhall Cavalier car was ambushed in Jonesboro, south Armagh by a waiting PIRA murder squad.

His information is being seen as of “huge significance” to the Tribunal in getting at the truth of whether Garda officers were supplying high grade information to the IRA on British security targets for assassination.

A security source told Belfast Daily: “If anybody knew what happened that day, Sean Hughes would know.

“He was a senior commander in the south Armagh/north Louth PIRA brigade at the time.

“He was (Tom) ‘Slab’ Murphy’s right hand man. Hughes took his orders from Murphy. There were up to 20 PIRA involved in the murders of Harry Breen and Bob Buchanan.

“We have heard that he is not the only one co-operating with the Smithwick Tribunbal. Another senior PIRA figure, who had a fall-out seven years ago with ‘Slab’ Murphy is also said to be speaking to the Tribunal behind the scenes.”

Recently, the Smithwick Tribunal was told of fresh PSNI intelligence suggesting that senior gardai above the rank of detective sergeant were passing information to the IRA. 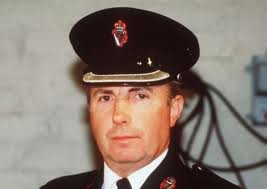 The documents suggest that a senior IRA figure “had several” garda officers above the rank of detective sergeant passing information to the IRA.

The tribunal also heard that the information that led to the 1987 IRA murder of Lord Justice Gibson “emanated from” a Garda officer.

* the double agent Kevin Fulton received information regarding the murders of the RUC officers “from a PIRA member linked to a senior PIRA figure”.

* the convicted IRA bomb maker Patrick ‘Mooch’ Blair “stated he was actually engaged in a separate operation at the time of the murders”, and he “confirmed that there was a Garda spy” involved.

* in 2011 a “senior PIRA member confided to an associate their personal fears” concerning the tribunal, “particularly that Garda personnel that were previously under PIRA’s control would potentially highlight the level of co-operation previously provided”.

The intelligence also suggests that in late 2011 “a senior member of the PIRA, Patsy O’Callaghan, commented to his knowledge” that the former detective garda sergeant Owen Corrigan “had no time for the IRA but was a gangster who was out for money”.

Owen Corrigan is one of three former garda officers under the spotlight at the tribunal and denies all the allegations of collusion.

The PSNI intelligence is said to have come from informants or talk or ‘chatter’ within dissident republican groups, many of them former Provos.

One of the intelligence items disclosed suggests that Mr Corrigan engaged in corrupt activity targeting criminals and was motivated by greed.

The intelligence also suggests that he did provide sensitive information to PIRA and that he did so “for reasons of self preservation”.

* that a senior PIRA member revealed he was responsible for the murder of John McNulty in 1989 after someone informed the IRA that Mr McNulty was meeting with RUC officers.

* “Intelligence indicates that a senior PIRA Army Council member was directly involved in ordering the murder of Tom Oliver. The senior PAC (provisional army council) member had been approached by several PIRA members and others requesting that Tom Oliver not be killed. Despite these requests the senior PAC member directed that Tom Oliver be executed.”

Tom Oliver, a County Louth farmer, was murdered by the IRA in 1991.

The tribunal heard that the “live intelligence” is a direct result of investigations into dissident republican groups.

During cross-examination, Assistant Chief Constable Drew Harris acknowledged the PSNI had not passed the intelligence onto gardai but denied a decision was made by the PSNI or MI5 not to share the information with the tribunal.

The ACC was asked if he was aware of the allegation that a former RUC Catholic officer may have been involved in setting up his colleagues.

Mr Harris said there was “no intelligence whatsoever to substantiate that allegation”.

The entering of Sean Gerard Hughes – aka The Surgeon – in the tribunal debacle comes at a time when the IRA is seeing senior figures being arrested and charged in Belfast with membership and organising meetings for a proscribed organistion.

Hughes was once one of the most targeted PIRA figures in south Armagh for surveillance for terrorist activities.

He was only ever convicted of benefit fraud at Antrim Crown Court over a decade ago.

Three years ago, the Serious and Organised Crime Agency swooped on Hughes and members of his family over an alleged fraud.

SOCA was granted a court order to take control of properties and bank accounts belonging to Hughes of Aghadavoyle Road, Drumintee.

The agency claimed the assets came from laundering the proceeds of mortgage fraud, tax evasion and benefit fraud.

The agency has also taken control of assets belonging to 10 other people in the south Armagh area, including Hughes, Annette.

But Sinn Fein MP Conor Murphy at the time hit out at SOCA and criticised the decision to stage police raids at the south Armagh properties.

“Sean Hughes is a sound republican. He has spent his entire adult life engaged in the struggle for Irish unity and independence,” said Mr Murphy.

“He has championed the peace process and the campaign to end political policing. There have been numerous attempts over the years to smear Sean’s character.”

He added: “The raids today on Sean’s home and those of a number of his relatives have caused deep anger in south Armagh. There is no justification for the deliberate targeting of Sean and his family today.

“Sean has been charged with nothing. Neither have any members of his family. It is unacceptable.”