The 44-year-old, who police suspect is a senior figure in the Continuity IRA, was taken to Antrim Serious Crime Custody Suite for questioning.

A 31-year-old dissident suspect was also arrested in the dawn swoops in Lurgan by the PSNI’s Serious Crime Branch and a specialist Tactical Support Group.

Duffy was found not guilty earlier this year of the murder of two soldiers at Massereene Barracks.

This morning’s arrests come as the Belfast Daily has learnt that police and intelligence met yesterday evening to discuss the fallout from the prison officer’s murder. 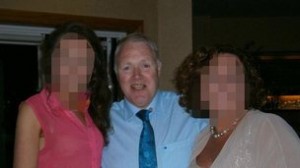