A SENIOR IRA enforcer arrested in connection with the murder of Robert McCartney is to face a court in the morning on a fresh terrorist membership charge.

BELFAST DAILY revealed earlier today that Padraic Wilson was detained in a dawn swoop by detectives from the PSNI’s Serious Crime Branch.

Now we can reveal that 53-year-old Wilson will appear at Belfast Magistrates Court on Friday, November 2 charged with being a member of a proscribed organisation at the time of Mr McCartney’s murder almost eight years ago. 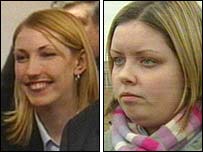