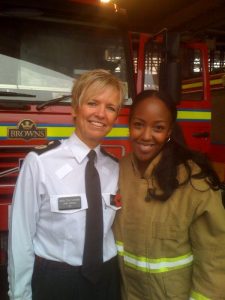 ONCE she was a police inspector who helped the RUC catch criminals on UTV.

NOW a deputy chief constable in the PSNI, Judith Gillespie will be back in front of the cameras tonight, this time on BBC1.

The first ever deputy chief constable in the history of the RUC/PSNI,  married Judith will be interviewed for the One Show (7pm BBC1) by presenter Angelica Bell about next year’s World Police and Fire Games which is being held in Northern Ireland.

Over the past few days, the One Show production team have been filming in Belfast for tonight’s show.