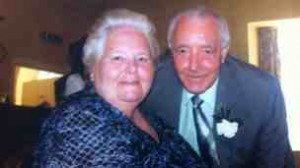 MURDER SQUAD detectives have swooped today and arrested a man in the Greater Belfast area for the murder of pensioner Bertie Acheson.

The 72-year-old was assaulted after he confronted an intruder in his Glenmore Gardens home in Coleraine six months ago.

Mr Acheson suffered a heart attack during the burglary which detectives said was brought on by stress.

It is understood detectives from the PSNI’s Major Investigation Team (MIT) have taken the arrested man to Antrim police station for questioning.

They are also searching a property in Antrim for any clues to connect the suspect forensically to the murder.

Mr Acheson and his wife Sheila were in bed asleep when they were awoken by the sound of breaking glass at around 1.30 am on April 30.

The pensioner got out of bed and went into the kitchen where he was confronted by a male intruder who demanded money.

There was an altercation and a struggle which resulted in Mr Acheson falling to the floor.

Earlier this month, detectives stopped cars in the Antrim area and handed out leaflets as they believed the pensioner’s killed had a connection to the area.