AT THE GOING DOWN OF THE SUN, AND IN THE MORNING, THEY WILL REMEMBER ‘BUBBLY’ CHANNING DAY….. 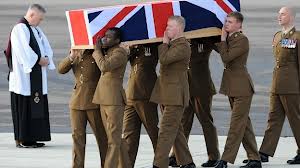 AFTER almost a week of heartache and agony, the family of soldier medic Channing Day finally welcomed her home to UK soil with tears in their eyes.

Their union flag draped coffins touched down this afternoon at RAF Brize Norton in Oxfordshire as their sorrowful families looked on.

Six colleagues of 3 Medic shouldered Channing’s coffin from the Hercules transporter and into a private service on the base. 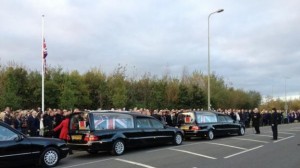 Channing’s remains stop in the town of Carteton 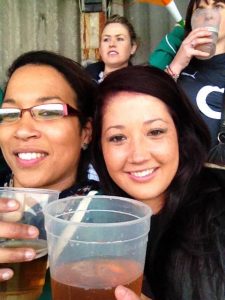