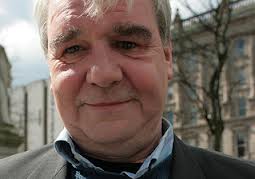 PUNK icon Terri Hooley is beating a path to police after he was assaulted and verbablly abused at the weekend.

Hooley, the founder of Good Vibrations music shop and record label, was set upon while out walking his dog on Saturday afternoon.

He was accosted by two men, who pushed him and verbablly assaulted him around 5pm.

Mr Hooley said he was called a “Fenian-lover” and “a disgrace to the Protestant community”.

He now intends to report the incident to the PSNI.

The DJ, raconteur and well known man-about-town has been hailed for the growth of the punk music scene in Belfast in the 1960s and 1970s.

He kept the music alive despite the bombs and the bullets which were engulting Northern Ireland. 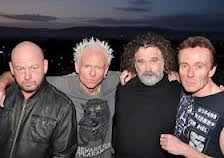 As well as helping to promote groups like the Undertones, Rudi and the Outcasts, he was a major influence in the lives of Gary Lightbody and Snow Patrol.

A film of his career has received critical acclaim and won several awards.

Said Terri: “I was out walking my dog Ella along the Comber greenway.

“I was looking around for cyclists because I didn’t want the dog to get run over, but I didn’t see anybody.

“All of a sudden, two guys came up right behind me. One of them pushed me and started calling me a Fenian-lover and saying I was a disgrace to the Protestant community.”

“But his friend who was between 35 and 40, he was the one who looked the more dangerous,” he said.

“He didn’t say anything but he kept looking at the dog and kept looking at me. I think he was just waiting for me to have some sort of reaction and then he would have got stuck in

“I’m just glad that when they pushed me, I didn’t fall down.”

Mr Hooley believes he may have been saved from a beating when a woman he knew came along.

“She asked if I was alright and I said yeah. While I was talking to her, they skulked off. I don’t think they wanted to have a witness,” he said.

Mr Hooley said he was not sure why the men had confronted him but it may have been because of a recent spate of publicity about his film.

“I don’t know whether it’s jealousy or not but I’m nearly sure this guy went to my school,” he said.

“If it’s the same guy I’m thinking of, he was a bully when he was a kid and he obviously hasn’t changed.”

He said he been attacked before, the most recent being four years ago outside his shop.

“All my mum’s family, all my uncles and my grandfather were in the Orange Order but they were never bigots. They always had plenty of Catholic friends,” he said.

Next month, Belfast City Council is to erect a bronze plaque to Terri Hooley in Hill Street on the site of the former Harp Bar, the focal point for punks in the 1960s.

Two years ago he penned his autobiography Hooleygan which chartered his life from schoolboy to the highs of the music industry.