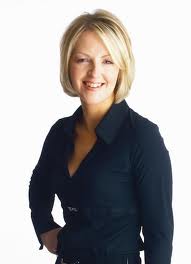 IT IS every radio presenters nightmare – reading out a sick joke masquerading as an innocent text.

And this week it happened to the gorgeous presenter Karen Patterson who was ‘trolled’ live on Good Morning Ulster’s breakfast show.

Dozens of sick Jimmy Savile jokes went viral since the 86-year-old went from hero to zero earlier this month as he was unmasked as a serial child sexual predator.

Scotland Yard are now investigating complaints from around 300 victims who say they were abused by the one-time BBC Jim’ll Fix It host.

And it was that Jim’ll Fix It slogan which got through the BBC’S checks and balances process this week which are used to screen messages that are rude, offensive or even libellous.

But this week a ‘troll’ got in under the BBC NI radar and went live on air.

“‘Someone here has an alternative opinion on the Jimmy Savile story.

“This texter wishes everybody would stop criticising Jimmy Savile.

“He is a nice man. When I was eight he fixed it for me to milk a cow blindfold.”

Her co-presenter Conor Bradford remarked: “That’s a strange one.” Karen Patterson could only reply: “Hmmmm.” 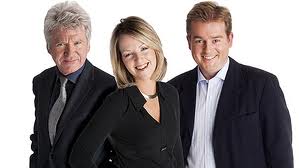 BBC insiders said it was a total mistake and no one saw the vile sexual conotations contained within the text.

Said an insider: “It is a bit embarrassing but Karen had no idea that there was a sick joke hidden within the text.

“It is one to put down to experience but staff are always on the lookout for dodgy texts that could land the Beeb in trouble.

“It is just one of those things. But it is hard to believe that there are people out there who try and get trolls on radio. They should get a life.”

The GMU troll comes amid a complaint to the BBC and police about sex abuse allegations at its Northern Ireland HQ Broadcasting House in Ormeau Avenue.

The PSNI has received an anonymous letter outlining allegations against a senior BBC figure in the 1960s.

The letter writer claims that the sex assault took place in the presence of a female.

The matter is also being probed by the BBC’s Investigation Unit. The BBC has refused to comment on the complaint.

While the BBC has become engulfed in the Jimmy Savile child abuse scandal, the Catholic Church has now entered the fray.

Yesterday, the head of the Catholic Church in England and Wales has written to the Vatican to ask if Jimmy Savile’s papal knighthood, awarded in 1990, can be posthumously removed, the Church has confirmed.

The Archbishop of Westminster, the Most Reverend Vincent Nichols, called for an investigation, recognising the “deep distress” of Savile’s alleged victims.

The Vatican said the honour should “not have been bestowed” on the TV star.

Meanwhile, a statement released by Savile’s nephew, Roger Foster, described the family’s “despair and sadness” over the revelations, adding “our feelings are in turmoil as we await the next turn of events”.

Savile was made a Knight Commander of St Gregory the Great by Pope John Paul II for his charity work. It is one of the highest awards the Pope can bestow.

There is no established process to remove a papal knighthood posthumously because the honour dies with the recipient.

However, a spokesman confirmed Archbishop Nichols “wrote last week to the Holy See asking the competent office to investigate whether the papal honour awarded to Jimmy Savile for his charitable works could be posthumously removed and its effects nullified”.

The spokesman said the Archbishop’s letter was written “recognising the deep distress of all those who have suffered abuse and the disquiet at Mr Savile’s name remaining on papal honours lists”.

He said the move was “clearly an exceptional request”.

“The Church invites all those who have suffered abuse to come forward to the appropriate authorities,” he added.

The Holy See is the supreme government of the Roman Catholic Church, which operates from the independent territory of the Vatican City State in Rome.

“It is deeply saddened that a person who has been soiled in this way could in his lifetime have been proposed for an honour by the Holy See, which in the light of recent information should certainly not have been bestowed.”

Father Lombdardi went on: “As there does not exist any permanent official list of persons who have received papal honours in the past, it is not possible to strike anyone off a list that does not exist.

“The names of recipients of papal honours do not appear in the Pontifical Year Book and the honour expires with the death of the individual.

“The most important thing, therefore, is to reaffirm the Church’s condemnation of all forms of sexual abuse, and particularly abuse of minors, as extremely grave crimes. The Holy See is adamant on this point.”

The Metropolitan Police has launched a criminal inquiry into the allegations against the former BBC presenter and DJ, who died in October 2011 aged 84, describing him as a predatory sex offender.

They are following 400 lines of inquiry and believe he may have sexually abused many young people and children, sometimes on BBC premises, over a 40-year period.

The BBC has been criticised for failing to stop the alleged abuse during Savile’s long career at the corporation.

It is also under fire for axing a 2011 Newsnight report into the claims and its handling of the subsequent scandal.

An inquiry into why the Newsnight report was dropped is already under way, led by the former head of Sky News, Nick Pollard. The results are expected in December.

The second investigation will look at whether culture and practice at the BBC at the time enabled Savile to carry out the sexual abuse of children.

This will be on hold until the police give the go-ahead and will be led by former Appeal Court judge Dame Janet Smith.