£17,000 TO FLY DEATH FALL BARBER FROM SPAIN TO GRIEVING FAMILY IN BELFAST 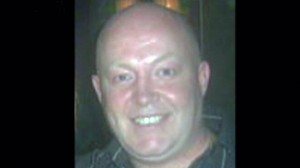 EXCLUSIVE: THE remains of a Belfast barber who tragically fell to his death just hours into his sunkissed Spanish holiday were flown home yesterday.

And it has cost the family and friends of grand dad Gary ‘Chub’ Lavery £17,000 to have his remains flown back as his holiday insurance didn’t cover the cost.

‘Chub’ Lavery accidentally fell to his death from a balcony just three hours after landing in the Costa Brava on Monday, October 16.

Known in the Andersonstown area of west Belfast as ‘Chub’, Mr Lavery ran a barber shop and was described as a “popular character”.

A friend said: “‘Chub’s’ remains were flown home yesterday (Friday). It is a sad time for everyone.

“His travel insurance didn’t cover the expense so his family and friends had to raise £17,000 to bring hime home.

“The money was got together pretty quickly which meant we could bring home.

“It is a big relief for his family and many friends that ‘Chub’ is finally coming home. It is almost two weeks since he died.”

It is believed Mr Lavery was leaning over the balcony of his second floor apartment when he fell to his death.

Gary ‘Chub’ Lavery is finally home with his mum and family

Mrs Lavery said the 44-year-old barber, who owns Blades shop on the Andersonstown Road, was well-known in the west of the city.

She called him a “the legend”.

Requiem Mass will be held on Tuesday, October 30, at 10am in St Agnes Catholic Church on the Andersonstown Road.