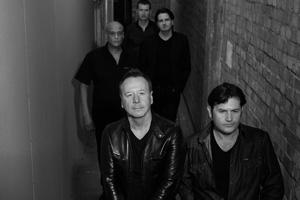 SIMPLE MINDS, one of the UK’s most successful rock groups, are coming to Belfast.

And tickets for their show next March 28 at the Waterfront Hall go on sale this morning priced £34 and £39.50.

Having topped America’s Billboard chart, the band have achieved six Number One albums in the UK as well hitting the top spot in countless other territories including Germany, Italy, France, Spain, Australia and New Zealand.
Simple Minds are also arguably one of the best live bands in the world and over a thirty year career have been responsible for some of the most innovative and enduring anthems in rock music.

Expect to hear songs from their extensive back catalogue including Alive and Kicking, Don’t You (Forget About Me), Waterfront  and more.
Simple Minds release their greatest hits collection, ‘ Celebrate ’ in March to co-inside with the new tour.