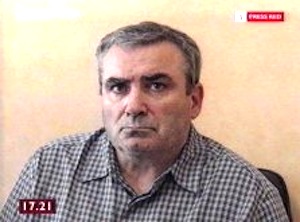 A TERRIFYING IRA investigator who was secretly working for the British Army and the RUC when he killed dozens of Provo members could face an Ombudsman probe.

Solicitor Kevin Winters will hear today (Friday) if his bid to have the investigation launched into Freddie ‘Scap’ Scappaticci will be given the go-ahead.

Mr Winters is representing a number of people set up by ‘Scap’ and two other touts in a sting operation run by RUC Special Branch in west Belfast in January 1990.

One of those arrested at the time was former Sinn Fein spin-doctor Danny Morrison. He was later jailed for eight years.

Belfast High Court judge Mr Justice Seamus Treacy is likely to rule in a judicial review taken by Kevin Winters on behalf of Morrison and six others who were set up in the Special Branch operation.

They want the Ombudsman to be allowed to carry out a full investigation into the affair. The convictions of all men have already been quashed.

What we can reveal however is that the Ombudsman has been aware of exactly what went on in the entire affair since 2002, but took no action whatsoever.

In one of the most bizarre cases in British legal history, even when Morrison and the others were cleared in the courts, the judges said they couldn’t give the full reasons – because it’s a secret.

And the press has been gagged about writing about Scap because of court orders. So what he’s doing now is also a secret.

You can read appeal judgement here:

IN HER MAJESTY’S COURT OF APPEAL IN NORTHERN IRELAND

DANIEL MORRISON and OTHERS

[1]        This matter was referred to the Court of Appeal by the Criminal
Cases Review Commission under section 10 of the Criminal Appeal Act 1995.
The report of the Commission contained what were described as ‘confidential
annexures’.  We declined to read these materials until we had heard
submissions from counsel for the appellants and the Crown.  In the event,
all counsel were unanimous in requesting the court to consider the
materials.  We concluded that each member of the court should read the
annexures separately.  Having done so, each of us came independently to the
conclusion that the convictions of the appellants could not be regarded as
safe and the court duly quashed the convictions.

[2]        Having received submissions from the parties as to the nature of
the judgment that should be given, we indicated that we were minded to
deliver an ‘open’ decision since, in our view, there was nothing about the
content of the annexures which on its face would infringe the public
interest or the interests of justice if the information that had led us to
quash the convictions was disclosed.  At the request of the Crown, however,
we agreed to hear an ex parte application that a ‘closed’ judgment (i.e. one
in which the reasons for quashing the convictions are not explicitly stated)
should be given.  Two private hearings took place.  As a consequence of
material and information received by us in the course of those hearings, we
have concluded that it is not possible for us to disclose all of the reasons
that led to the quashing of the convictions.  The judgment which follows
contains as much information as we feel able to give in light of the
constraints that we now recognise ourselves to be under in consequence of
the information that we have received in the course of the private hearings.

[3]        It is now clear to us that there was directly relevant material
on the question whether a trial of the appellants should take place which
had not been made available to the Director of Public Prosecutions when he
decided that they should be prosecuted for the offences of which they were
subsequently convicted.  He was therefore not in a position to give full and
proper consideration to whether the appellants should stand trial on those
charges.

[4]        Because certain material and information was not provided to the
Director, the extent of disclosure to the appellants that in fact took place
was not sufficient.  We are satisfied that if that material and information
had been provided to the Director, he would have been bound to disclose it,
if the trial was to proceed.  He was therefore not in a position to perfect
his duty of disclosure both before and during the trial.

[5]        Because the material was withheld from the defence, the
appellants were deprived of the opportunity of applying for a stay of the
proceedings on the basis that their being continued would amount to an abuse
of the process of the court.  We consider that, if this material had been
made available and if the trial had not been discontinued, it would have
been open to the appellants to make such an application.  We further
consider that it is highly likely that it would have succeeded.

[6]        In what we consider to be the unlikely event of the proceedings
continuing and any abuse of process application being unsuccessful, had the
material and information been provided, it is now clear that evidence which
was not in fact produced during the trial could have been given which would
have had a significant effect on its outcome.  We are of the view that, had
the trial continued, the giving of that evidence would almost certainly have
led to the acquittal of the appellants on all charges.

[7]        We wish to record that this court has been informed that, upon
the conclusion of this appeal, the Director of Public Prosecutions will
exercise his powers under section 35 (5) of the Justice (Northern Ireland)
Act 2002 to request the Chief Constable of the Police Service for Northern
Ireland to obtain and provide to the Director information relating to
certain matters which arise from the report of the Criminal Cases Review
Commission.  In the estimation of the Director, these matters require to be
investigated as they may involve the commission of offences contrary to the
law of Northern Ireland.


One Response to MASS KILLER SCAP COULD FACE OMBUDSMAN PROBE