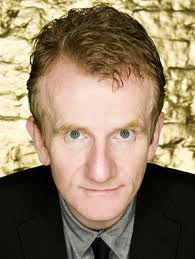 Comedian Jake O’Kane said the former Ireland rugby international should try living on benefits before attacking those trapped in poverty.

Mr Ringland said more than 65,000 children in the north now lived in homes where no-one had ever worked.

Mr Ringland, a former Ulster Unionist election candidate and now a member of the Conservatives, said it was a problem that “destroys lives and it destroys our society”.

He accused the Stormont executive of not doing enough to deal with the matter, saying politicians “need to get their fingers out”.

His comments come in the wake of the announcement that planned reforms to welfare payments in Britain may be tailored to suit people living in the north.

Earlier this week social development minister Nelson McCausland told the assembly the bill would be amended with changes including rolling out the universal credit scheme six months after Britain and introducing payment flexibilities to help those with budgeting difficulties.

Universal credit payments will also be split between two people in a household and the benefit is to be paid twice a month. 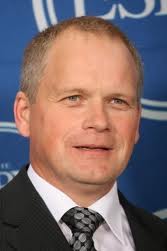 “While it is absolutely necessary that the substance of welfare reform is retained and that parity is preserved, it has always been clear that the executive can address some of our unique circumstances by looking at how the bill is administered,” Mr Ringland said.

“It’s a tragedy that there are 65,000 children in Northern Ireland alone who live in homes where noone has ever worked.

“People have been parked on DLA for years, with no mechanism to establish whether their conditions have improved.

“The sad truth is that long-term benefit dependency destroys lives and it destroys our society, leading to higher levels of personal debt, addiction and crime as well as creating a culture of hopelessness within many of our communities.”

Mr Ringland said the level of welfare dependency in Northern Ireland was “the worst in the UK”.

“This isn’t about punishing people or taking away benefits for the sake of it,” he said.

“It is about targeting help where it is most needed, ensuring fairness and most of all helping to change a dependency culture which is devastating communities, individuals and families.”

He said politicians in the north too often told people “what they want to hear”.

“It’s easy to be populist rather than tell people what they need to hear,” he said.

Mr Ringland said that Stormont ministers “need to get their finger out and start maximising the potential of this place”.

He said people needed to get back into work “for their own sense of worth” and to help the economy.

“If there are situations where people feel they are better off not working and staying on benefits, then that needs to be looked at,” he said.

The Welfare Reform Bill was voted through to the committee stage last week after an assembly debate that went on late into the night.

Key features include the introduction of a universal credit to replace a range of existing benefits, housing benefit changes and a personal independence payment to be reassessed every three years that will replace disability living allowance.