MISSING PRESUMED DEAD..David Leckey vanished in August 1969 and has never been seen since.

APRIL JONES is missing and presumed dead and already the name of the five-year-old Welsh girl has faded from the newspaper and television headlines.

But the Belfast Daily can reveal that at least four school boys are missing in Northern Ireland for over 42 years now and even at the time rarely got a mention on the news.

And after over four decades, they have never been found – alive or dead.

Now a campaign has been launched to help find out whatever happened to David Leckey and three other school boys who vanished without trace in 1969, just a month after the start of the Troubles.

David Leckey’s family never knew what happend to him and his mother went to her grave 13 years ago still a heartbroken woman not knowing what became of her son.

However, what is hindering enquiries ‘Waking The Dead’ detectives is the fact the original police file on David’s case has either gone missing or has been destroyed.

If he was alive today, David Leckey would just have celebrated his 55th birthday. 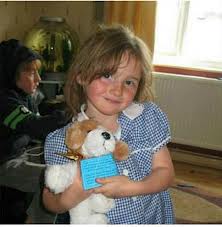 David Leckey lived at 24 Memel Street just off the Newtownards Road in east Belfast and disappeared on Thursday, September 25, 1969, just a week before he turned 13.

The 12-year-old was a pupil at Oakleigh School on the Ravenhill Road.

What happened to him remains a mystery and his family are not even sure if he made it to school that day.

Darren Brown, who is trying to find out what happened to David, said his case was “everyfamily’s worst nightmare”.

He says: “In 1987 at the age of 17 I moved into David’s home while attending college. His mum Annie was one of lifes little characters.

“She died in 1999 never knowing what happened to her little boy. My first child was born one month later and I know Annie would have spoilt him in the same way she did me.

“It was at this time it really hit me the pain that she must have suffered. Even though it was 42 years ago the family still hoped and prayed for the truth.

“If there is anyone out there that attended Oakleigh school in 1969 and remembers David we would love to hear from you. Someone out there knows something, maybe it’s time to come forward say what happened.”

The family have already been in touch with Historical Enquiries Team who are looking through unsolved cases since the start of the Troubles.

Added Darren: “The police still deem this as an open case. However, they are unable to find David’s file.

“They sent the family a letter last year stating that the file was either lost or destroyed.

“Having this file would obviously have aided the Cold Case detectives who are now reviewing David’s disappearance.

“The interesting point abot this is that when I started looking into this myself a couple of years ago I found that at least three other boys between the ages of 12yrs – 16yrs went missing within Belfast and all within a five month period.

“In actual fact, one of the boys, Jonathan Aven aged 14, disappeared from the Sydenham area, five days before David. This was about half a mile from David’s home.

“The police at the time linked these two cases. If i am to be honest, as the ‘Troubles’ were in full swing i don’t believe there was much of an investigation into any of the cases.

“The police had other problems and there investigative methods wouldn’t be as advanced as they are today. It is understandable I suppose.

“The police say the case remains open. I contacted the PSNI last year requesting David’s file on behalf of the family.

“David’s brothers were all too young to remember any of the detail. The file would have interviews and information of David’s movements on that day.

“The PSNI wrote back to say that they couldn’t find the file and that it was either lost or destroyed.

“Cold Case detectives from the PSNI are now reviewing David’s case along with other boys who disappeared around the same time.

“As the ‘Troubles’ were in full flight I don’t believe there was much of an investigation carried out.

“The police had other problems and their investigative techniques back then wouldn’t be as effective as todays.

“However, losing or destroying the file of an open case is inexcusable. Not having this file I am hoping to reach people who attended Oakleigh school in 1969 and maybe remember David.

“Oakleigh school has either been knocked down or has changed its name. Maybe someone out there can point me in the right direction.”

The four school boys who went missing are:

Darren Brown said he found an article in the Sunday News newspaper in November 1970 which said the olice were still looking for these boys.

“I have searched all the local papers through to 1972 to see if there were any follow up articles, but unfortunately there was not.

“My understanding is that these boys still remain missing. I also am aware of at least one other boy that went missing in 1969 by the name of J.Lesithen.

“Maybe someone, a relative or friend of these families and can shed some light. It really amazed me the lack of media attention on all these cases at the time.

“The papers were filled with ‘The Troubles’. I think I was lucky to find what I did, he added.

* Can you help the Belfast Daily find out what happened?

* Did you attend Oakleigh School around September 1969 or know someone who did;

* Were you a teacher, class mate or friend and remember anything from that time which would be of importance and of interest to David’s family?

* Were you a serving security force member at the time who worked on the case and can remember what police believe happened?

* Do you know what happened to the the other boys who disappeared around the same time?

If you have any information which would help the families after all this time, you can get in touch by email (info@belfastdaily.co.uk), or through Belfast Daily on Facebook or Twitter.

. If so, we would be really interested in talking with you. David would have been aged 55 on the 5th October 2012.