A ‘stonewall’ penalty robbed Linfield of at least draw last night at the Coleraine Showgrounds.

Fans were furious, both at the game and at home watching it live on Sky Sports, that referee Raymond Crangle and his linemen failed to award the penalty.

Their anger was backed by Blues manager David Jeffrey whose position is coming under pressure, with former Northern Ireland international Jim Magilton being mentioned as a possible replacement if Jeffrey was sacked.

After last night’s game, Jeffrey said told the club’s Linfield FC website: “”I’m bitterly disappointed. I felt we should have had a definite penalty.

“I don’t know how the referee and the linesman didn’t see it. Those are basic decisions. It’s yet another game where refereeing decisions have had a critical impact on the outcome.”

He praised his players who he said “gave absolutely everything in terms of effort and commitment.”

“We created loads of chances ourselves and our finishing could have been better on the night.”

He admitted it was getting tough at the club  with results not going the way of the team.

“We’re going through a difficult patch and we’re finding that things aren’t going for us and certainly this evening, a few of the decisions left a lot to be desired.

“To get through this spell, we will have to keep working and believing, it’s as simple as that. We have achieved what we have achieved through hard work, lots of effort and honest commitment, as well as good play of course.

“The players will come through this. They are giving a lot but decisions aren’t going for us. We had another similar situation at Dungannon.

“The referees play a massive part in the game. You can maybe accept things going against you once but some of the players are saying that we should have been awarded about four  or five clear penalties this season.”

The frustration was etched on the Linfield faces when Coleraine bagged three points with a late injury time goal after Linfield grabbed a late equaliser from Henderson on 90 minutes.

It puts the Showgrounds into second place two points behind Cliftonville while Linfield are stuck in eighth place.

With two minutes into injury time, Stephen Lowry stepped up to secure the three points for the Bannsiders.

It was a great spectacle even for the neutral football fan and it was showcased live on SkySports across the globe. 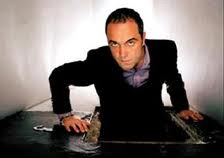 And Coleraine’s biggest fan – Jimmy Nesbitt – was back home to watch his club beat rivals Linfield.

After the game, he tweeted: “Decent game tonight from the Irish prem. Lowrys winner wouldn’t have looked out of place tomorrow night in the champions league!!”

Faint praise from Brunt who is no stranger to scoring great goals.

Carvill pulled one back for Linfield just before the half hour mark.

Blues fans went nuts at the ground – and on Twitter – that they have been denied a stone wall penalty.

When Referee Raymond Crangle blew the whistle for half time, chants of ‘cheat, cheat’ rang out from the Linfield fans.

The replay on Sky Sports showed it was a clear penalty. One fan tweeted: Raymond Crangle bottled it.

As your da Jackie would say: Nice one Darren.

Another tweeted: What have Ceefax and David Jeffery got in common? They will both be gone by the morning! Ouch that hurt!!!!

David Jeffrey will have to pick his players up from what could have been a vital away point.

This Saturday they host Ronnie McFall’s Portadown who beat Donegal Celtic at the weekend 1-0.

Meanwhile, 2nd placed Coleraine hit the road again this Saturday when they travel to Belfast to play third placed Crusaders at Seaview.