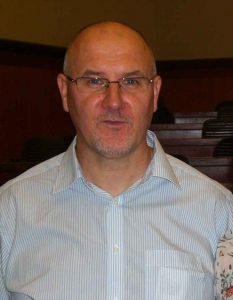 EXCLUSIVE: THIS is the senior republican police believe was once the IRA’s leader in Belfast who now faces charges of being a member of a banned paramilitary group.

Seamus ‘Niker Max’ Finucane was one of four people whose names were revealed in court after a judge finally lifted a draconian banning order on their identities.

We can reveal that up until a few years ago, Seamus ‘Niker Max’ Finucane, the brother of murdered solicitor Pat Finucane, was believed by the intelligence community as being the ‘Officer Commanding’ (OC) of the IRA’s Belfast Brigade.

A wealthy businessman from the Hannahstown area of west Belfast and now a senior figure in Sinn Fein, ‘Niker Max’ Finucane was once at the centre of a missing cash probe within the ‘Belfast Brigade’.

It followed claims that tens of thousands of pounds had vanished from the group’s coffers.

Two weeks ago, a district judge lifted a ban on naming ‘Niker Max’ Finucane and three other Provo suspects facing charges of membership of the IRA and other offences dating back more than a decade ago.

The banning order was successfully challenged in court by the BBC at Belfast Magistrates Court.

* former Belfast Brigade ‘OC’ Seamus ‘Niker’ Max’ Finucane, now 55, of Hawthorn Hill, who is described as a member of Sinn Fein and a ‘community worker’ in west Belfast;

* 53-year-old Padraic Wilson, who was the leader of the IRA in the Maze prison in the late 1990s and is currently Sinn Fein’s director of international affairs. He was at one time head of the IRA’s ‘Civil Administration Team’ in west Belfast. Police intelligence linked him to an IRA trainined operation of FARC rebels in Columbia. RUC Special Branch agent Martin McGartland was summoned to meet him in the early 1990s at Sinn Fein’s Connolly House HQ in west Belfast only to be abducted and held against his will by Jim ‘Filter Tip’ McCarthy and Paul ‘Chico’ Hamilton.

‘Niker Max’ FInucane and Wilson are both facing charges of IRA membership and arranging, addressing or assisting in the management of an IRA meeting.

A third man is 48-year-old Marty Morris, now with an address in London, who is also charged with membership of the IRA. At one time Marty Morris was suspected by the police of the IRA’s ‘OC’ in Ballymurphy, westBelfast, a position once held by Sinn Fein President Gerry Adams.

* Agnes McCrory, 72, from Dermot Hill Road, has been described as a former advice worker at the Falls Road Women’s Centre. However, PSNI intelligence profiles her from sources as being  the ‘OC’ the IRA’s women’s unit, Cumann na Mna, up until the late 1990s.

* Briege Wright from Glassmullin Gardens, is also suspected by PSNI intelligence as being a one time senior figure in Cumann na Mna. The 55-year-old was targeted in the early 1990s by Johnny Adair’s bloodthirsty UFF after it received intelligence documents on her from rogue Royal Marine commando Derek Adgey. Adair’s lieutenants, including Sam ‘Skelly’ McCrory came up with a plan to leave a bomb concealed inside a box of chocolates on her doorstep.

The two women and ‘Niker Max’ Finucane are also charged accused of unlawfully forcing a person who cannot be identified to co-operate with an IRA investigation.

The banning order had been condemned by Seamus Dooley, the Irish Secretary of the National Union of Journalists (NUJ).

None of the five accused have yet to face the court as the charges are being brought by way of a prosecution summons.

The Public Prosecution Service plan to use the same legal tool to charge Drew ‘The Piper’ King and three other LVF suspects with the September 2001 murder of investigative journalist Martin O’Hagan in the coming months.

Mr O’Hagan was gunned down after a Friday night out with his wife in Lurgan, Co Armagh.

It is claimed he was investigating police informant Drew ‘The Piper’ King’s links with a lucrative loyalist drug trade.