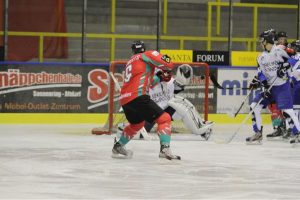 IT’S ALL OVER. GIANTS WIN 4-0. ANDREW FOURNIER SCORES THE FOURTH.

If the Giants scoreline stays as it is, only a Geleen victory over Landshut by 3 goals or more would see the Giants advance.

Sam Roberts netted the first goal for the Stena Line Belfast Giants in the first perido. 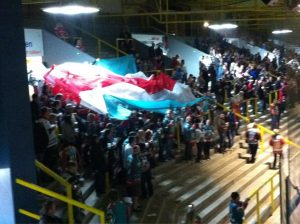 In the second period, Greg Stewart got a second to put some clear blue water between them and their Romanian opponets.

And with just four minutes remaining on the clock in the second period, Craig Peacock netted a third to give the Giants a bid more breathing space.

With the clock running down to the final whistle, Fournier hit a fourth to make a giant-killing win for the Stena Line sponsored Belfast team.