ATTORNEY General John Larkin has come under heavy fire from Sinn Fein over remarks he once made about abortion.

Mr Larkin, a Catholic, once said that destroying a highly disabled child in the womb was like “putting a bullet in the back of the head of the child two days after it’s born”.

In May 2008, Mr Larkin, then a QC, was involved in a panel discussion on the BBC’;s Sunday Sequence programme when he made the comments.

Among the other members of the panel was Dawn Purvis, now director of the Marie Stopes Clinic, which became Northern Ireland’s first private abortion clinic when it opened on Thursday.

When he was asked about whether abortion would ever be justified in the case of foetal abnormality, Mr Larkin, who was educated at St Mary’s Christian Brothers Grammar School in Belfst, said: “If one is prepared to contemplate the destruction of a highly disabled, unborn child in the womb, one should also be prepared to contemplate, I think, putting a bullet in the back of the head of the child two days after it’s born.”

Ms Purvis described his comments as a disgrace, saying it was such language that “criminalises women” and made Northern Ireland “the backwater that it is”.

Mr Larkin then replied: “Help me out Dawn, tell me the logical distinction between destroying the unborn child in the womb, seconds before birth and putting a bullet in the head of the child two days after it’s born.” 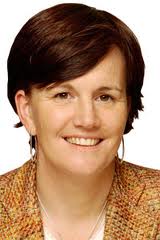 On Friday, SDLP leader Alasdair McDonnell stressed that Mr Larkin was speaking as a private citizen.

“I have no doubt as attorney general he will do his job.”

Mr Larkin – who is the chief legal advisor to the Northern Ireland Executive – has written to the Stormont justice committee inviting them to investigate the operations of the Belfast Marie Stopes clinic.

He said that while in his official capacity he cannot intervene, in his non-statutory role, as guardian of the rule of law, he can become engaged.

Mr Larkin said he would be happy to give every possible assistance including acting as counsel and questioning witnesses on their behalf.

Ulster Unionist leader Mike Nesbitt and Alliance MLA Anna Lo have both now called on Mr Larkin to take a step back from discussions on the clinic.

“It was such a stark declaration of his moral position that it has to cloud how we look on his offer of legal counsel to the assembly committee and after all that’s not his primary role,” Mr Nesbitt said.

“He wanted to go as far as perhaps interviewing witnesses – that is an MLA’s job and I think under the circumstances it would be better if the attorney general withdrew his letter of offer.”

Northern Ireland, unlike the rest of the UK, is not covered by an Abortion Act.

Marie Stopes has said it will provide terminations within NI’s current legal framework – abortions are not illegal but are very strictly controlled.

Abortions can be carried out only to preserve the life of the mother or if continuing the pregnancy would have other serious, permanent physical or mental health effects.