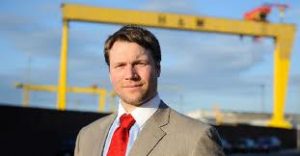 ELITE League champions the Belfast Giants, fly the flag for Great Britain today when they kick off their European tour in Germany for the Continental Cup.

The Stena Line sponsored Belfast side haven’t competed in Europe in nine years, but they’ve got high hopes for their return to that stage.

Head coach Doug Christiansen is aware his side are facing tough opposition though.

The Giants open their campaign against Dutch side Geleen Smoke Eaters this afternoon at 4pm.

It is is the first of three games this weekend.

While the Belfast side are hoping to bring home the trophy, they won’t be distracted from their league campaign by their European adventure.

“We’re going to take this as far as we can.” 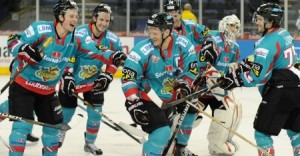 The second round of the Continental Cup is held between 19-21 October, with the Group B games to be played in Landshut in Germany.

The Belfast Giants are joined in Group B by first opponents Geleen, Germany’s Landshut Cannibals and Romanian side HSC Csíkszereda.

Earlier this week, the Giants suffered their defeat of the season when they went down 2-1  away to the Sheffield Steelers.