HIS father had never any great love for the BBC. In fact the Rev Ian Paisley didn’t have much love for any journalist, let alone one from the ‘Beeb’.

The Free Presbyterian Moderator said in 1980: “The BBC is riddled with the Romanists, absolutely riddled, its former director was a Romanist.

“And the head of its religious broadcasts is a Roman priest. You’d not expect much truth from it.”

So when a chance came up to have a pop at the under fire corporation, son Ian Paisley jnr, a fellow member of the Free Presbyterian flock, gladly took up the mantle and fired both barrels at the BBC from the benches in the House of Commons this week. 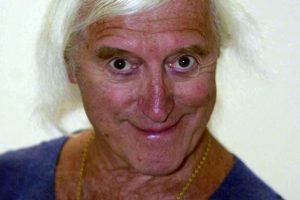 At the despatch box was Maria Miller MP, the current Culture Secretary who was ruling out an independent inquiry into the serial paedophile Jimmy Savile who used his BBC shows as a grooming ground for his young victims.

After fielding off questions from Shadow Secretary Harriet Harman about increasing child protection issues at the BBC, the Paisley exorcet missile was about to drop in the middle of the debating chamber.

He had in his mind the incident involving BBC presenter Andrew Marr and his drunken clinch with a female producer. 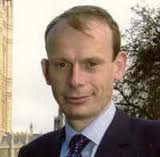 The 53-year-old broadcaster, who took a super injunction out against the media to any reports of his extra-marital affair, was  photographed  kissing and fondling the woman last month.

The MP for North Antrim, Ian Paisley Jnr, a chip off his father’s old block, rose to his feet and challenged the Culture Secretary about such conduct.

He asked: “Are you utterly convinced the culture of the BBC has changed since the revelations of the vile actions of  Jimmy Savile?

“Just a matter of weeks ago we had one of  their senior talent caught in photographs in the grips of a young  woman with  his hand down her trousers in a public place. He gets away  with it with nothing  more than a shrug of the shoulders and a silly  excuse.

“You know this inquiry by the police will take years and that the BBC will get away in the smoke. Surely now is the time for an independent inquiry into the BBC?’

Mrs Miller said a wider investigation  into  allegations of sexual harassment at the BBC was already under way.

However, Mrs Miller said that Mr Paisley was “absolutely right” to question such behaviour by highly paid members of BBC staff.