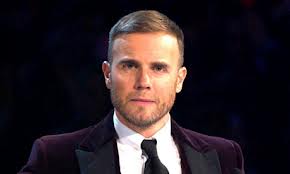 X FACTOR  judge Gary Barlow will finish his solo tour of the UK with a gig in Belfast, it has been announced.

He will be perfroming songs spanning the entirety of his incredible music career.

And Northern Ireland fans will get the highlight of his concert tour when he rounds off his solo tour in Belfast’s Waterfront Hall on January 8, 2013.

Said Gary today: “‘I’m really excited about these dates. Playing live is my favourite thing and I haven’t played a solo show for over a year now.

“Last year playing two London shows was brilliant, we all had such a good time, so I thought right let’s get out and see the rest of the country!”

And finishing off in Belfast will be a highlight for Gary and his army of fans.

“I have been coming to Belfast since the 1990s and I always love coming back. The crowds are fantastic in Belfast.”
After 20 years in the business, over 50 million records sold, eight No.1 albums, fourteen No.1 singles, seven million concert tickets sold and six Ivor Novello Awards, Gary Barlow is regarded as one of Britain’s most successful singer songwriters.

Together with Howard Donald, Jason Orange, Mark Owen and Robbie Williams he is also a member of one of the biggest British bands of all time – Take That.

There are a maximum of four tickets per person and children under 14 must be accompanied by an adult.