ENTERTAINMENT: THE KILLERS SET TO ROCK THE ODYSSEY 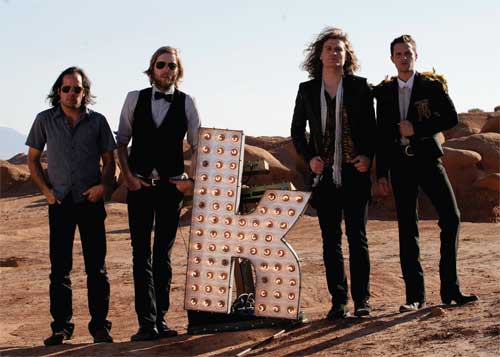 The Killers are set to rock Belfast next February when they bring their world tour to the Odyssey Arena.

Tickets for the gig – on Thursday, February 21 – are already selling fast.

Last month at the Electric Picnic, the band were surprised when U2 sent a crate of Guinness to their dressing room.

Drummer Ronnie Vannucci said: “We’re now friends with a lot of people we grew up idolising, and we call each other at the weekend. That’s still weird to us.”