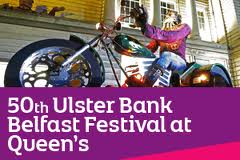 THE countdown has begun to the much awaiteed 50th Festival at Queen’s.

It is two days to the Ulster Bank-sponsored coveted event which runs from Friday, October 19 to November 4.

But popular artists, like Belfast born Van Morrison and Dara O’BriaIn are sold out, much to the disappointment of fans.

However, there is a wide selection of other acts to choose from, featuring both home-grown and international artists, authors and performers taking part in 185 events across the city.

And the 50th celebrations are being billed as a show for everyone, with 60 free events and two thirds of them will cost less than £15.

Festival Director Shan McAnena said: “There is music in shopping centres, churches and museums, comedy at the heart of Queen’s University, theatre in offices, public baths and bars, and art in the open air.

“From hip-hop to opera, hunting for fairies to ghosts in the dark, from international super-stars to local heroes, we are proud to present to the city of Belfast the largest and most eclectic arts festival in Ireland.” 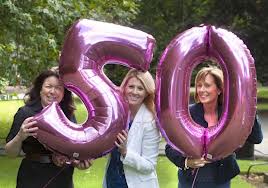 Despite a tough year with a massive computer glitch, Ulster Bank have continued to back the Festival at Queen’s.

Ulster Bank chief executive Jim Brown said: “Marking the Festival’s golden Jubilee is a tribute not only to the city’s love of the arts, but a salute to those who over the last five decades have grown this festival to its international status.

“We believe the Festival is one of the most prolific and ambitious acts of inclusive cultural development in Northern Ireland and are proud to support it.”

The 50th Festival plays host to a number of theatrical firsts:  the acclaimed National Theatre Company of Scotland’s production Enquirer – in association with The London Book Review – based on interviews with leading figures in the newspaper industry, comes to Belfast for its Irish premier.

Then there is the controversial production Minsk, from the Belarus Free Theatre, will also be making its Irish debut as part of the 2012 programme.

Another Irish debut will be the long-awaited new work from Michael Clark, whilst the Tron Theatre Company’s brilliant re-imagining of Joyce’s Ulysses will also make an Ireland debut at Festival.

This year’s Festival will also boast performances by leading soprano Lesley Garrett; Stephen Hough – described as one of the most important pianists of his generation; the unique and powerful partnership of pianist Imogen Cooper and baritone Wolfgang Holzmier and the lyrical magic of Swedish soprano Camilla Tilling. 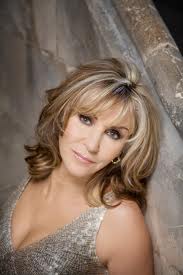 Showcasing the very best of local theatre talent, on stage in Belfast’s word-class theatre spaces will be a number of UK and world premieres including Paisley & Me by Belfast-born, Emmy Award-winning writer Ron Hutchinson at The Grand Opera House; Macbeth directed by Lynne Parker at The Lyric, and The Huzzies at The Mac – a collaboration between Tinderbox Theatre Company and award winning playwright Stacey Gregg.

Roisin McDonough, Chief Executive of the Arts Council Northern Ireland said she recognised the vital role Festival played for the local arts sector: “As a platform for our local artists and performers The Belfast Festival at Queen’s has helped nurture the development of our rich emerging arts scene over the last five decades. We are delighted to have been a patron of this important Festival throughout its rich and colourful history.”

The 2012 Ulster Bank Belfast Festival at Queen’s also contains theatre from Europe, art from South Africa and music from South America and is set to boost visitor numbers to Belfast.  Alan Clarke, Chief Executive Northern Ireland Tourist Board said: “2012 is proving to be very special year for tourism in Northern Ireland.

“Belfast Festival at Queen’s is a great example of how this region is confidently moving on; the Festival has been a constant for the last five decades and is evolving and expanding to create an ever-changing experience for our visitors and locals to enjoy.

“This is another chance to showcase arts and culture in Northern Ireland, and how ‘our place’ can punch above its weight in delivering world-class events.”

To see the entire programme of events and book online visit the website, www.belfastfestival.com or call the Festival Box Office on 02890 971197.