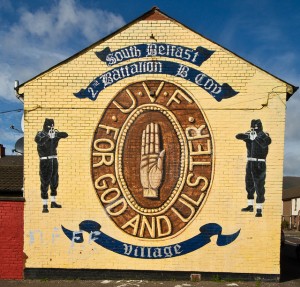 EXCLUSIVE: A GANG of UVF renegades who once targeted the west Belfast homes of senior republicans are to start a fresh round of attacks, the Belfast Daily can reveal.

Loyalist sources said a batch of new pipe bombs has been built and ready for use against nationalist and republican targets.

“They are trying to draw republicans out to see if they have the bottle to take them on. It is complete madness.”

The fresh threat comes just days after a pipe bomb was found in a derelict house in south Belfast.

The viable device was discovered during a search of the property on Kitchener Street, off the Donegall Road, on Friday.

Army technical officers were called to the scene and made the device safe. The device consisted of explosives packed inside a metal pipe tubing. It would have caused horrific injuries if it had have been picked up by a child.

The viable bomb was later taken away for forensic examination to CSI laboratories at Seapark in Carrickfergus, Co Antrim.

In November 2010, the UVF renegades left two viable pipe bomb devices in west Belfast near the homes of senior republicans. 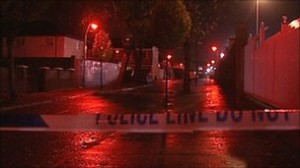 One was discovered at La Salle Park a short time after another pipe bomb exploded outside a house in nearby St James Park.

A family of six in the house at the time was not injured, although a van parked outside was badly damaged.

A number of people who had to leave their homes in both areas have been allowed to return.

It is believed the bomb which exploded was attached to a container of petrol.

Chair of the Lower Falls Residents Association, Robert McClenaghan visited the scene of the explosion.

He said at the time: “It has damaged a works van, so it was powerful enough to blow a hole in the side of the van,” he said.

“Everybody that heard the blast said they hadn’t heard anything of that calibre in a long long time so it seems to have been an explosive as opposed to some sort of firework.”

Local resident Kate Burns came outside when she heard the blast.

“I was just sitting watching tv with my daughter and there was a very large explosion,” she said.

“I knew right away that it was not a firework because it was just too loud.

“There was smoke all down the bottom of the street and I made my way down to see what was happening and it became clear that people were saying there was a pipe bomb tied to the gate.”

Sinn Fein councillor for west Belfast, Briege Brownlee said those behind the devices had shown “absolute disregard for the community”.

“These are viable and dangerous devices,” she said.

“The first pipe bomb was attached to a gallon drum of petrol. The second, which was discovered only minutes later, was outside the home of another resident and is of a similar design.

“Anybody could have been passing these devices when they went off and this could have had serious consequences with injuries or death.”

Ms Brownlee said those who left the devices must “seriously consider their actions”.

“They have attacked this entire community. The need now to come forward and explain what warped logic they had for these actions.”

As part of a follow-up operation, three men from the UVF’s south Belfast brigade were arrested and questiond about the attacks.

The Belfast Daily can reveal that one of them is an explosives expert who served time in the Maze prison for making bombs in the early 1990s. 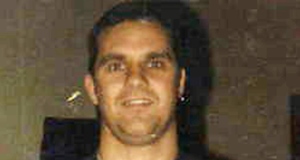 Bobby Moffeff murdered by the UVF

The UVF renegades have also been fingered as being involved in the murder of burly Bobby Moffett who was gunned down on the Shankill Road in May 2010.

They provided safe houses for the gunmen and getaway drivers after the Moffett murder.

Grandfather Moffett, a former Red Hand Commando prisoner, was blasted to death in broad daylight on the Shankill Road from close range with two sawn off shotguns.

The gunmen, who police suspect were Andy ‘Hard To Kill’ Aiken and ‘Big’ Norman McAdam, fled on foot down Conway Street to a waiting car.

The driver then took them across west Belfast and down the Grovesnor Road past the local PSNI station.

It then headed into the Village area of south Belfast where the guns and blue boiler suits were disposed of. 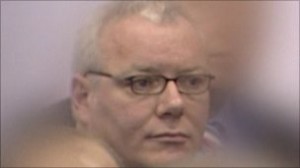 Two cars were used in the getaway – a Silver Skoda Octavia and a blue Audi A4 – formed part of the police murder investigation.

Burly Moffett went to ‘Harmless’ Harry’s home and challenged him to a fight in the street. The dispute arose over the UVF campaign of intimidation against his sister Lily and family.

‘Harmless’ Harry refused to come out and Moffett then trashed his car in the street.

Moffett was lured to a bogus meeting with UVF thug Joe ‘No Neck’ McGaw under the pretence of trying to resolve the dispute.

However, it was a set up and the two gunmen walked up and blasted him in the chest, face and hand.

It was brutal message to others not to confront Shorts worker ‘Harmless’ Harry Stockman.