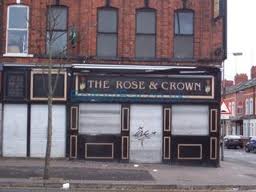 POLICE have carried out searches of a south Belfast pub over the past four days.

Details of the searches are not being revealed, with the PSNI only saying that they are in connection with “serious crime”.

It is understood the searches started on Friday and have continued since.

The pub was once the target of a UVF attack almost 40 years ago.

Six Catholic civilians were killed and 18 were injured when a bomb exploded at the bar.