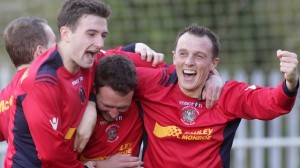 It has left DC rooted to the bottom of the Danske Bank Irish League withu just four points from their opening 11 games.

Lisburn Distillery leapfrogged DC at the bottom of the table by beating the west Belfast side convincingly at New Grosvenor.

Declan McGreevy took charge of DC for the first time although it emerged that his official title is caretaker boss as he has yet to obtain his A licence.

Club officials are hoping that he gets the licence in the coming weeks.

Halliday headed in the first goal with Davidson curling a right-foot shot home and Liggett nodded in the third in the second minute of injury-time. 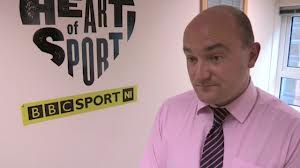 Buoyed by their midweek rout of Coagh United in the League Cup, the Whites had much the better of the first period, when forward Liggett was off-target with an effort.

Davidson was wide with another chance, Halliday headed wide and Jonny Harkness’ 30-yard free-kick was pushed onto the bar by John Connolly.

Davidson’s strike was the pick of the goals as he cut inside and dispatched his shot inside the post.

DC still await their first league victory of the campaign.

Declan McGreevy will rally the troops before they travel this Saturday to Shamrock Park to face Ronnie McFall’s Portadown.