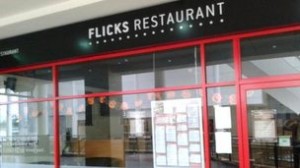 PUBLIC HEALTH chiefs have described a food poisoning outbreak at a north Belfast restauran as a “major crisis”.

There are now 20 confirmed cases of E Coli among patrons who ate at the restaurant over the last month.

And the Public Health Agency are also dealing with another 118 cases of suspected food poisoning.

Dr Michael Devine, of the PHA said today: “The further increase in cases is not unexpected as the incubation period for E coli is typically up to seven days.

“We expect therefore to see a further increase in cases as people continue to report symptoms and submit samples for testing.”

The management of Flicks restaurant at Cityside Mall on York Street, north Belfast have voluntarily closed the premises and are cooperating with the investigation.

The owner has said that as soon as he learned of the problem he stopped all food being served to the public.

On Sunday, 11 confirmed or suspected cases have been identified by the Public Health Agency.

That evening there were confirmed case with another 57 suspect cases under investigation.

Now almost 140 cases are under investigation. Officials have sent samples off to a laboratory in England for tests.

Officials have urged anyone who ate at the restaurant since 24 September and has had symptoms of diarrhoea and/or abdominal pain should contact their GP urgently.

The PHA said symptoms of E. coli O157 can include diarrhoea, which can range from mild to profuse, watery or bloody diarrhoea, stomach cramps, nausea or vomiting.

He said the first case was discovered on 9 October and the restaurant closed on 11 October.

“We alerted general practitioners on Friday that there had been an increase in E. Coli in the Belfast area and then subsequently, on Saturday, we advised particularly of the association with Flicks restaurant,” he said.

“At this stage it seems to be mainly adults involved, but obviously our investigations are ongoing and it may be that children have been affected.

“At this point, what we’re trying to do is encourage people if they have eaten at Flicks restaurant, particularly on or around 4 October, and they’ve got symptoms of diarrhoea, particularly bloody diarrhoea, or tummy pains, that they would get medical advice from their GP.”

Dr Devine said four of the first 11 people known to have been infected had been in hospital, but he understood all had since been discharged.

He said some people could have been infected but not be experiencing any symptoms.

“With E. Coli 0157, it can be a very serious infection and that’s why we’re raising this alert, but some people can have very minimal or even no symptoms,” he said.

“So if people have eaten at the restaurant and they’ve got concerns, I would advise they get medical advice.”

In a statement, Flicks restaurant said: “We are fully co-operating with the Public Health Agency’s investigation into a recent E. coli outbreak.

“As soon as they contacted us regarding the investigation we immediately closed the restaurant.

“We will continue to assist the PHA in finding the source of this outbreak.