BBC BELFAST ACCUSED OF BIAS OVER SEAN QUINN – BY HIS BROTHER 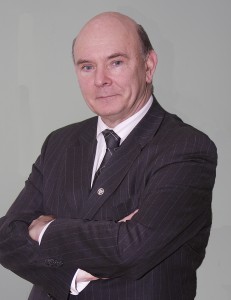 FORMER GAA President Peter Quinn has launched a vicious attack on the BBC in Belfast – accusing the corporation of swallowing lies from Anglo Irish Bank.

Mr Quinn was speaking at a rally in Ballyconnell in Co Cavan last night in support of his bankrupt brother Sean.

And in a speech in which he referred to all journalists as “bastards” Peter Quinn saved some of his ire for the BBC.

“At our last rally most people accepted there were four to five thousand people here supporting the Quinns,” he told the crowd last night, estimated to be around 8,000.

“Yet on at least two occasions the next day the BBC in Belfast reported there were hundreds at the rally.

“How could they report hundreds? That means they counted each of you as one-tenth of what you are.”

He also derided how the media reported the Quinn affair – concentrating on the €2.3Bn of illegal loans given to the Quinn family by the disgraced Anglo Irish Bank.

“Why don’t they (the media) look at the numbers. It’s not rocket science. It’s basic arithmetic – it doesn’t even involve algebra.”

No-one from the BBC was available for comment last night on Peter Quinn’s claims of mis-reporting.