“HIDESOUS” dog tail docking will be banned in Northern Ireland in the New Year, it has been announced.

It is a widespread practice among pedigree dog owners who carry it out on a few day old pups for cosmetic reasons.

Anyone caught docking a dog’s tail under the new ban will face up to two years in prison and unlimited fine.

Exemptions are made for some working dogs and in emergencies where a dog’s life may be in danger.

Ms O’Neill said: “The introduction of this final inactivated provision in the Welfare of Animals Act 2011 will ban the hideous practice of tail docking of dogs.

“These new regulations set out the strict conditions which must be met to allow certain breeds of dogs, of no more than five days of age, to have their tails docked by a veterinary surgeon,” she said.

“The controls will also ensure that this exemption is not abused and prevent the cosmetic docking of dogs by the back door.”

The ban also makes it an offence to take a dog outside Northern Ireland to have its tail docked.

The assembly’s move meant that all UK legislation has now been passed. 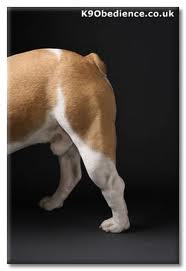 Docking was banned in England from 6 April 2007 and in Wales from 28 March 2007 but with exemptions from the ban for certain working dogs, and for medical treatment.

There is also a ban on the showing of dogs docked after the introduction of the ban.

However, this ban does not apply to dogs shown for the purpose of demonstrating their working ability.

The exemption for working dogs allows a dog that is likely to perform certain specified types of work to have its tail docked by a veterinary surgeon.

The dog will have to be less than five days old and the veterinary surgeon will have to certify that he or she has seen specified evidence that the dog is likely to work in specified areas.

Only puppies from certain working dogs may be docked if evidence is provided to the vet that it is likely to be worked in connection with law enforcement, activities of Her Majesty’s Armed Forces, emergency rescue, lawful pest control, or the lawful shooting of animals.