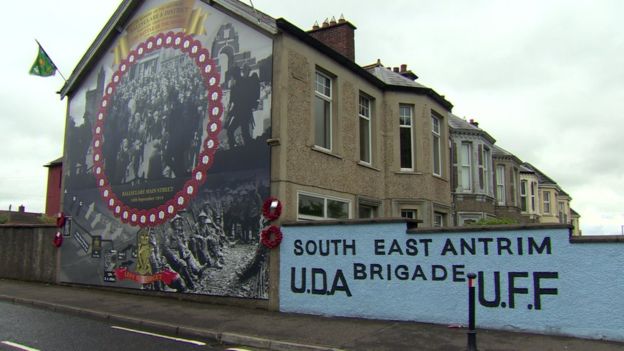 A 49 year old loyalist has been jailed for a year over a Paramilitary Crime Task Force raid on his home over South East Antrim UDA cocaine dealing.

William Axon from Newtownabbey was sentenced to two years imprisonment, half to be served in custody and half on licence, at Belfast Crown Court yesterday, Tuesday 18 June, for possession of a class A drug, possession of a Class A drug with intent to supply and possession of criminal property.

Detective Sergeant Farrelly from PSNI’s Paramilitary Crime Task Force said “Following a search of Mr Axon’s property in the Monkstown area as part of an investigation linked to the South East Antrim UDA, high purity cocaine with an estimated street value of £8400 was seized.

“Some of the cocaine was divided up into individual bags and it’s my belief that these drugs would have been destined for sale in the local community.

“I welcome the conviction of William Axon which is further evidence of the PCTF’s continuing commitment to tackling Paramilitarism and associated offending.

“During the search at Mr Axon’s property, over £6000 cash was also recovered.

“Those who deal drugs only care about making a profit, they do not care about the harm and loss caused to local families.

“Paramilitary groups and those who deal drugs only serve to blight the communities they operate in.

“These people do not care about the damage that they cause, preying on the most vulnerable members of their communities and trying to control them by using fear and violence.

“We are committed to bringing those involved in the criminality associated with Paramilitarism before the courts and will continue to aggressively and proactively pursue those who are intent on damaging our communities by supplying illegal drugs.

“The communities most damaged by the sale of illegal drugs support our ongoing efforts and I would appeal for anyone with information regarding criminality by paramilitary organisations to contact police on 101.