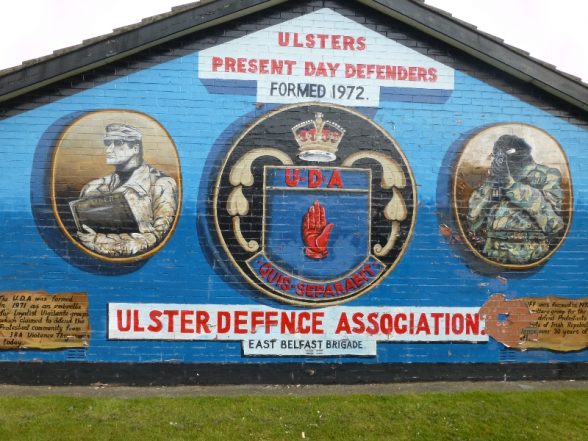 OFFICERS from the Paramilitary Crime Task Force arrested and charged four men aged 34, 34, 28 and 27 in relation to the supply of class B drugs yesterday, Tuesday, April 23.

This follows three searches in the Kilcooley area of Bangor which were carried out as part of an operation focussed on the criminal activities of East Belfast UDA.

A quantity of Class B drugs with an estimated street value of £2000 was discovered at one of the locations and a quantity of cash was also seized.

Two of the men aged 34 and 27 were charged with being concerned in the supply of class B drugs.

All of the men are due to appear at Newtownards Magistrates’ Court next month on Thursday,  May 16.

As is normal practice all charges will be reviewed by the PPS.