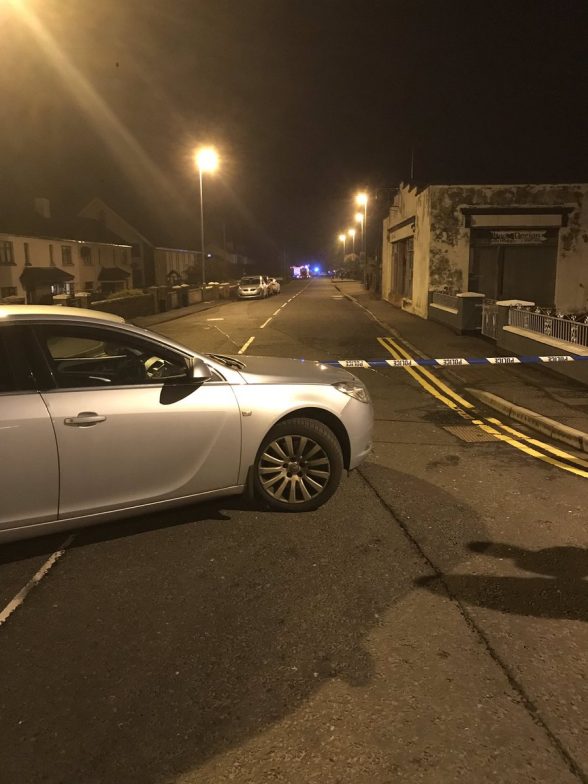 DETECTIVES have launched an investigation after two pipe bombs exploded in an overnight attack on a house.

Three people were in the house in Windmill Avenue in Armagh when the explosion happened around 11.30 pm.

No-one was hurt but the front door of the house was damaged.

Inspector Ryan Moore said: “We are working to establish a motive for this attack and I am appealing for information.

In a separate incident, two other pipe bombs were also found in a security alert overnight in Rasharkin.

Residents were forced to leave their homes in Moneyleck Park after the alarm was raised around 10 pm on Tuesday night.

A pipe bomb had been set on the windowsill outside a house and a second bomb was thrown through a front window, police said.

Insp Colin Ash said: “We received a report that a device had been left outside an address in the Moneyleck Park area of Rasharkin about 10 pm.”

He thanked the local community for its patience and appealed to anyone with information to contact police.

The alert has ended and people have been allowed to return to their homes.