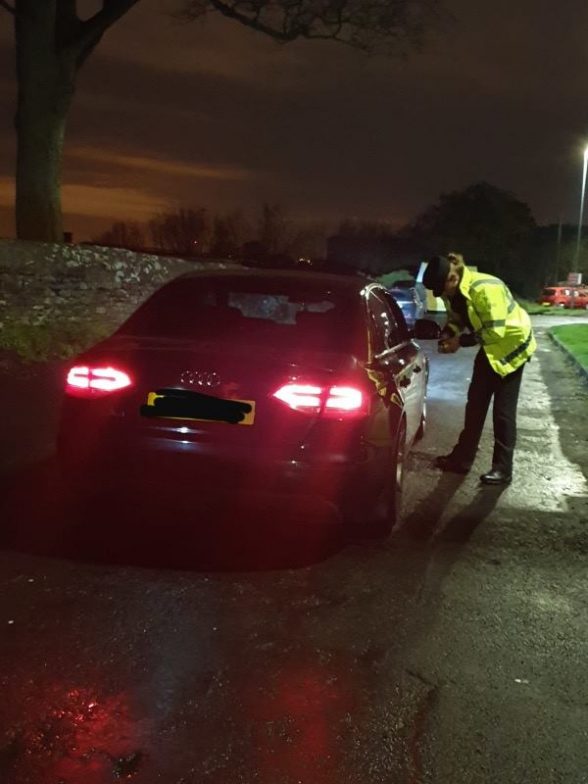 THE PSNI has revealed that the number of drivers and motorcyclists detected drink driving during the 2018/19 winter anti-drink drive operation has decreased by 10.6 per cent, compared to the same period last year.

According to police figures, the youngest was a 14-year-old who should not have even been drivin on the roads.

And the oldest detected was an 83-year-old.

“Early figures indicate that we tested over 11,000 people during the operation. While that figure is expected to increase as more information is downloaded, we detected and arrested 322 people for failing those tests.

“They can now expect a court appearance where they will most likely lose their driving licence for one or more years, be fined, and will have great difficulty in obtaining car insurance in the future. Some are at risk of losing their jobs or even going to jail.

“At 14 years of age, the youngest person detected shouldn’t have been on the road -let alone failing a breath test.

“This individual is being dealt with for a number of motoring offences including Taking and Driving Away.

“The oldest person detected was 83 years of age.

“Females accounted for 72 of the 322 arrests, compared with 49 females arrested out of a total of 360 during the previous campaign.”

Detections were made at all times of the day, across the road network; After being stopped by police for travelling at 101mph at 9am one morning, the driver then subsequently also failed a roadside breath test, with an initial reading of 101mg – nearly three times the drink drive limit.

In another incident, after being involved in a collision, another driver was arrested for driving under the influence of drugs – approximately £3,000 worth of suspected drugs were recovered from their vehicle, leading to them being further arrested on suspicion of  a number of drug offences.

Separately, police detected and arrested a HGV driver who was returning to their place of work, having carried out their morning deliveries.

“We shouldn’t be detecting people driving with any alcohol in their system,” ACC Todd continued. 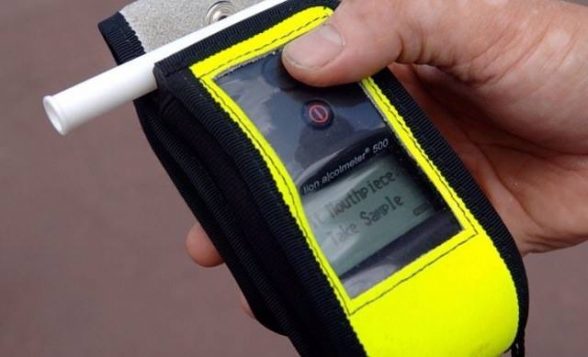 “It’s disappointing that despite our repeated and well publicised warnings, a minority of people completely disregarded the safety of themselves and others by taking the shameful and incredibly dangerous risk of driving after drinking.”

This year’s operation was also supported by the independent charity Crimestoppers, which gave the public the opportunity to speak up and provide information about drink drivers anonymously.

Sue Brew, regional manager for Northern Ireland Crimestoppers said, “We appreciate that it can be difficult to come forward and provide information about drink drivers, particularly if it’s about a work colleague, a neighbour, a family member or a friend, because of the fear of being identified.

“During December, we saw a 65% increase in actionable calls with information about drink driving, when compared to the average for the previous seven months.

“As we said at the outset of this campaign, by trusting us with your information you’ll remain 100% anonymous. Always.

“We never take personal details and calls to our Contact Centre on 0800 555 111 and information passed through the Anonymous Online Form at www.crimestoppers-uk.org cannot be traced. Together we can help protect those you care about.”

Looking to the months ahead, Assistant Chief Constable Todd added, “Police will continue to use all the powers and legislation at our disposal, including the authorised checkpoints, to detect people who insist on driving after having taken drugs or alcohol.

“All motorists need to consider the consequences of their actions. Never take the risk of having even one drink if you are driving. The consequences can be catastrophic.

“With the continuing hours of darkness and ongoing winter weather, I want to renew our appeal to all road users and pedestrians to exercise caution and put road safety first.

“And pedestrians, where there is no footpath they should always walk on the right, facing towards oncoming traffic.

“If everyone slowed down, did not drive after drinking or taking drugs, wore a seatbelt and drove with greater care and attention then together we can save lives on our roads.”