PSNI IN BELFAST ROLL OUT BODY CAMERAS FOR OFFICERS 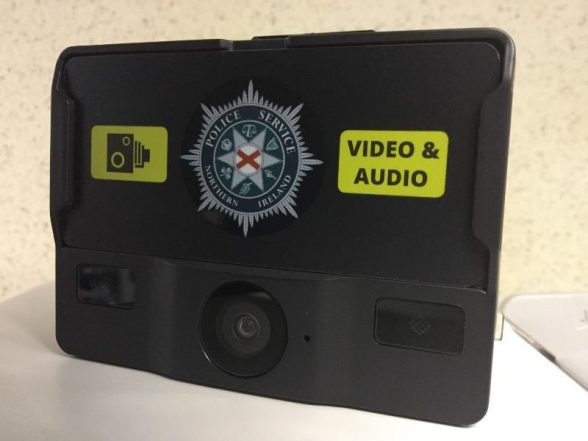 POLICE officers in Belfast have started wearing body cameras while on duty from today.

Around 400 devices have been bought by the force, at a cost of £1.5 million to the public purse.

The devices are attached onto the top half of an officer’s uniform and can proved eight hours of continuous recording.

Officers have been trained to tell people when they are being recorded.

Police in Derry have been wearing the cameras for some months now.

Supporters of the scheme say they will improve the quality of evidence that police officers can gather.

They will be particularly useful in assisting prosecutions in cases of domestic abuse, for example.

Body cameras are routine in other parts of the UK, and were first introduced about a decade ago.

Studies have found that they dramatically reduced complaints against officers by members of the public, by up to 93% in one case.

“The pilot of this technology in Foyle district evidenced how Body Worn Video has the potential to improve the quality of evidence provided by police officers and thereby increase the number of offenders brought to justice.

“The introduction of this new technology is the latest example of our commitment to these principles as we continue to work together with the community to keep people safe.”